Home/Posts/NDIS, News/Bridging the gap: how the Murri Court is working with Carers Queensland to support people to access the NDIS

Bridging the gap: how the Murri Court is working with Carers Queensland to support people to access the NDIS 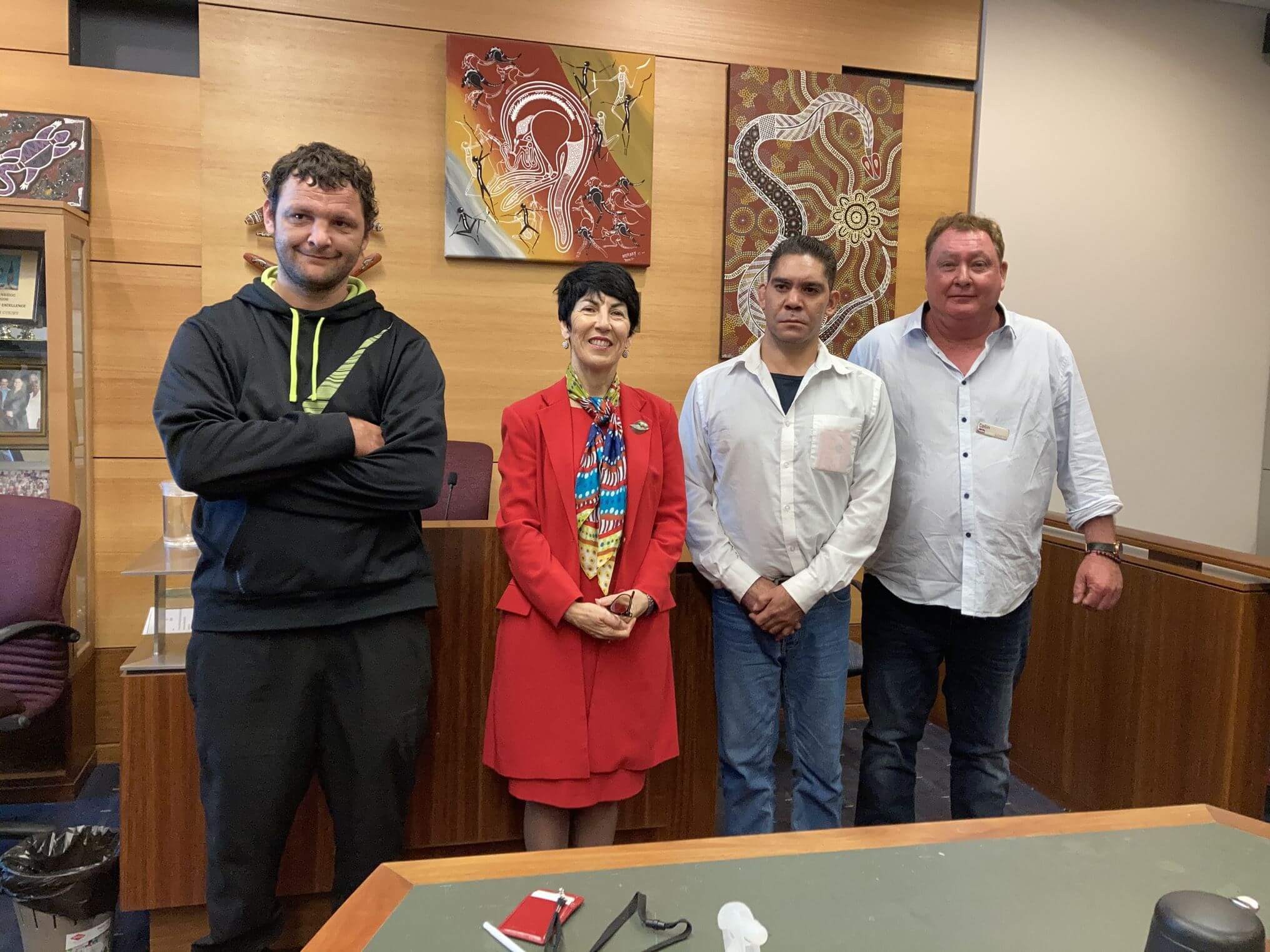 It has been almost 18 months since Owen and Marshall last set foot in front of the Magistrate at the Murri Court in Brisbane.

And both credit the National Disability Insurance Scheme (NDIS) for helping them get their lives back on track.

Carers Queensland, as part of the Local Area Coordinator Partner in the Community program, is working alongside the National Disability Insurance Agency (NDIA) to support Aboriginal and Torres Strait Islander people who are participants in the Murri Court process and connect them to the Scheme.

Tina Previtera, the Murri Court Magistrate in Brisbane and Richlands, understands the importance of identifying those who need greater assistance to access the NDIS.

“(At first) we weren't having a great deal of success getting people onto the NDIS because we didn't have anyone to assist them. And given that all of these people have significant intellectual cognitive and mental health issues, they certainly weren't able to do it themselves,” Magistrate Previtera said.

Over the course of 18 months, Carers Queensland has worked with the Murri Court, with nine participants now accessing the NDIS.

“Nine (participants) doesn't sound like a lot, but given all the trouble that we had had previously, it's actually a big number; and of those nine, not a single one of them has re-offended,” Magistrate Previtera said. 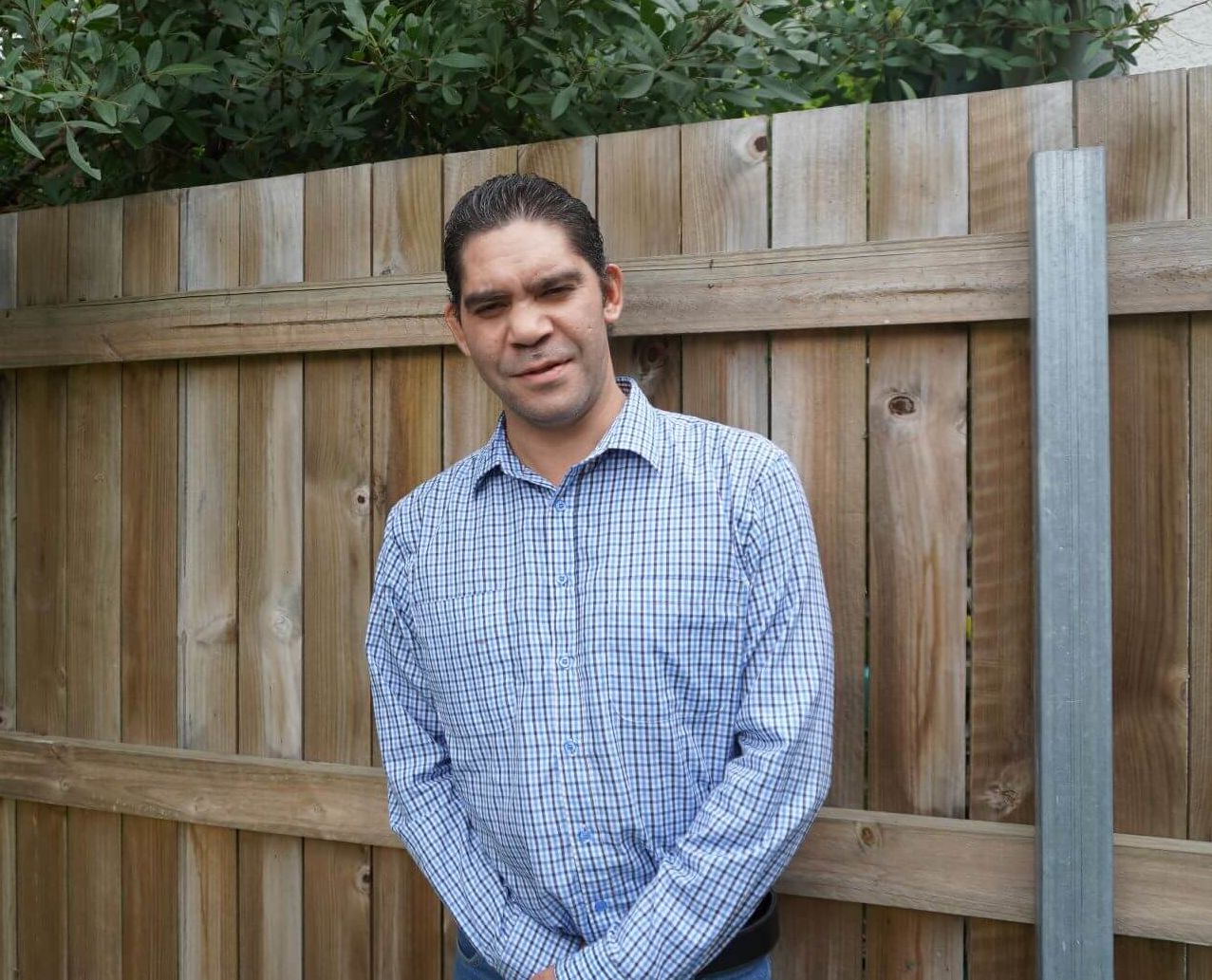 “This is extraordinary given that statistically, 76 per cent of adult Aboriginal and Torres Strait Islander offenders who serve terms of imprisonment will re-offend within two years of their release from custody.

“Given that it can cost up to $250,000 per year to house a prisoner – with a 76 per cent chance of re-offending, and with an NDIS package there is a much decreased chance that such a person will re-offend: not only do the participants benefit, but so does their family, their street, their suburb and the whole community.

“We are very grateful that Carers Queensland believes in what we’re doing and is providing us with a weekly service that is providing so much assistance to participants.”

Owen and Marshall are two of the first Murri Court participants to access the Scheme.

Owen is 32-years-old and has an acquired brain injury, and accessed the NDIS at the beginning of 2020.

He said he knew nothing about the NDIS until Carers Queensland helped him to apply after meeting during the Murri Court process.

“They (Carers Queensland) got me on the NDIS… we had a good chat and everything, and then I had a meeting at the Lutwyche NDIS LAC office. Everything went alright there and that’s how I got on the NDIS,” Owen said.

Owen is now accessing supports for the first time, including a speech pathologist, physiotherapist, dietician and a support worker to help him get out into the community.

“(My support workers) picks me up and they take me to national parks and to beaches and out here in the community like the Sunshine Coast and the Gold Coast; I went for a good swim and we had a good time,” Owen said. 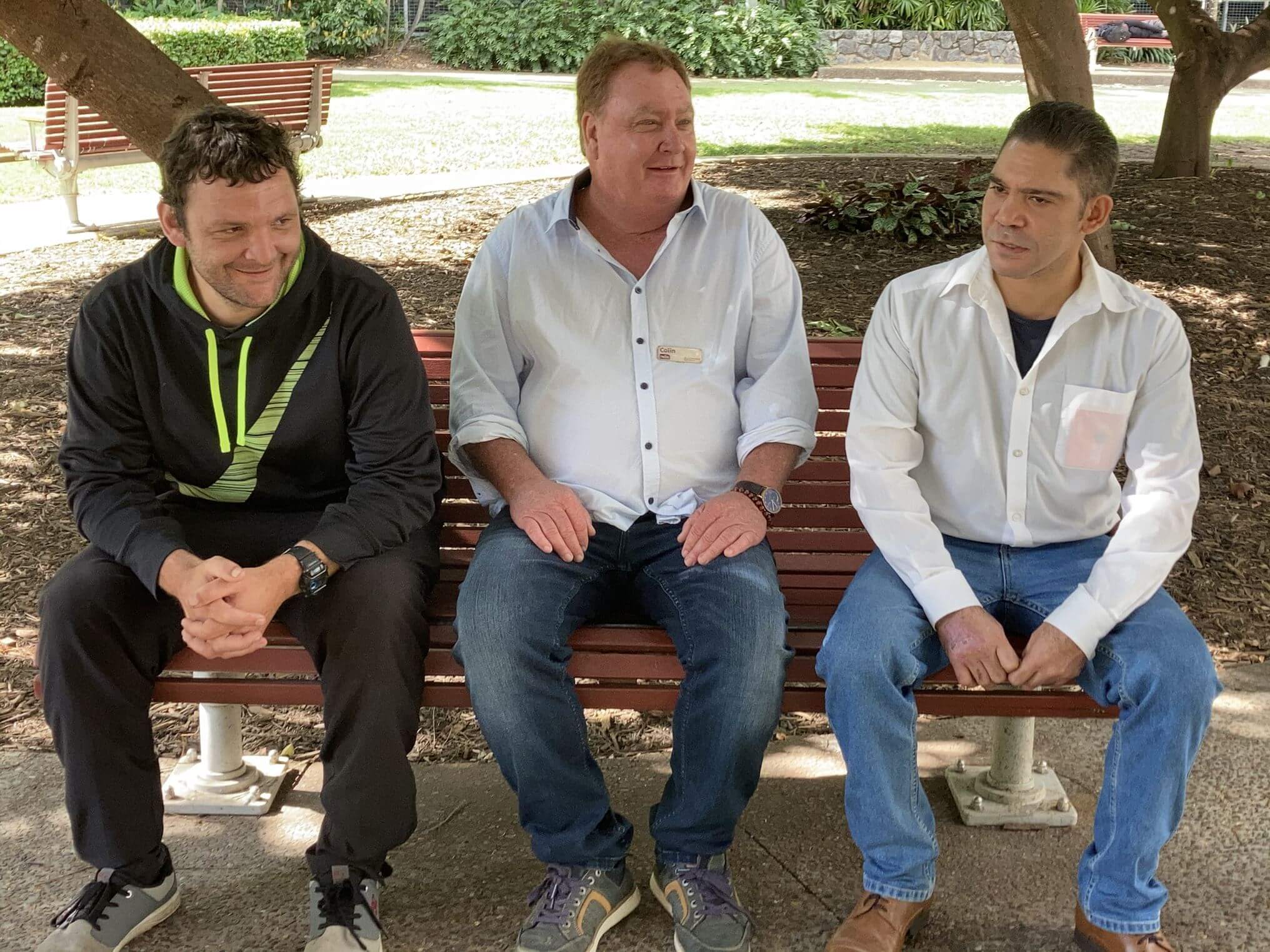 “My previous support worker came to the gym with me and he was doing weights and I’m doing my own weights and they were working my leg muscles and everything.”

Owen said he is now focussing on working on his ancestry history and is hoping his support worker can help him develop his family tree in the future.

And he has no plans to go back to Murri Court.

“The Murri Court are nice; I did my counselling and they got me on to the NDIS and everything's been going good with Murri Court but I'm finished with them now.”

Marshall is the first Murri Court participant to access the NDIS.

The 36-year-old, who has an acquired brain injury, recognises the benefit for others within the Murri Court to also be able to access the NDIS.

“It’s helped me because I didn't know anything about the NDIS, and I think a lot of people don't know much about it either, like, what services are provided and all that type of thing,” Marshall said.

“I'd be lost without the NDIS.”

Marshall now has cleaning support at home and a support worker takes him to medical appointments and for drives to Mount Tamborine.

“My support worker also takes me swimming every Saturday at Chandler. I need it for my injuries I’m recovering from. Swimming is the only thing that doesn’t hurt,” Marshall said.

Marshall is also contemplating his future and is looking to one day sign up for an electronics course. He credits the Murri Court with his regular sessions of their men’s Yarning Circle. 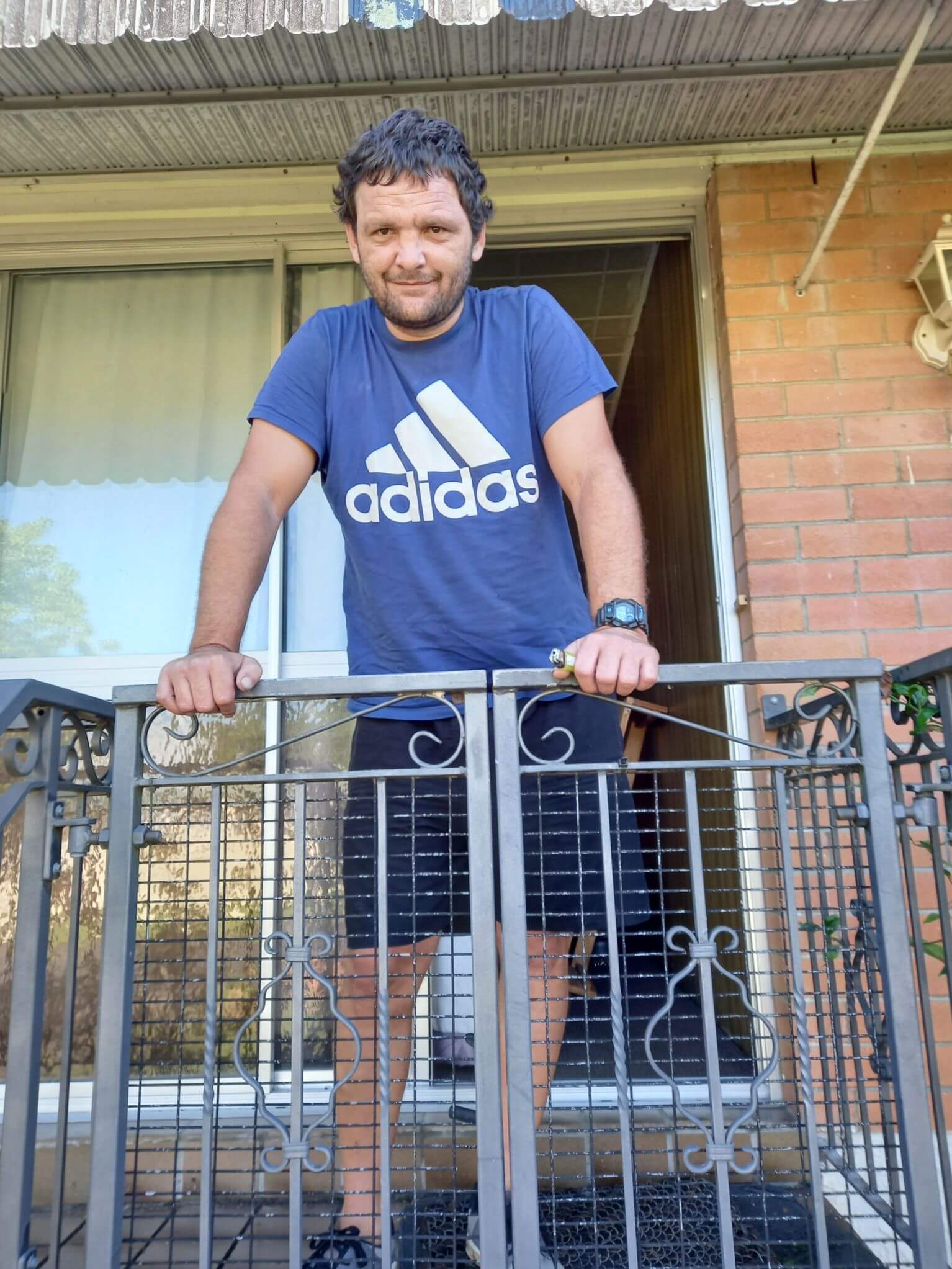 “Everyone will discuss their problem and it will go from person to person around the room. The good thing is that everyone gets together and we have something to eat and talk about what we’ve been through,” said Marshall.

Uncle Steve Watson sits on the Murri Court as a respected person and advocate between his people fronting Murri Court and the magistrate.

In the two and a half years he has been with the Murri Court, Steve admits some people presenting before the court have disabilities which have gone unnoticed and undiagnosed.

“Since the NDIS have been involved with Carers Queensland, it's really captured a lot of our people who need that extra support to help them with the basic things in life,” Uncle Steve said.

“Our people are given the assistance for getting to appointments or getting work done in their own homes; but, we also see that mental, spiritual, wellness coming through as well that has a big impact on our people that they’re getting the support which they had previously been without.

“We've got that face-to-face contact with people from the NDIS and Carers Queensland – they’re in the courts every Wednesday – and that's pretty important having people from both organisations on hand where our people can be referred directly to them, and then the follow-up happens as well.”

Uncle Steve said everyone working with the Murri Court acknowledges the contribution of the NDIA and Carers Queensland.

“They're just doing a great job and they're changing people's lives; we are very appreciative of what they've done for our people.”