Home/Posts/NDIS, News/Brisbane crooner’s incredible journey in music and his foray on to the ice 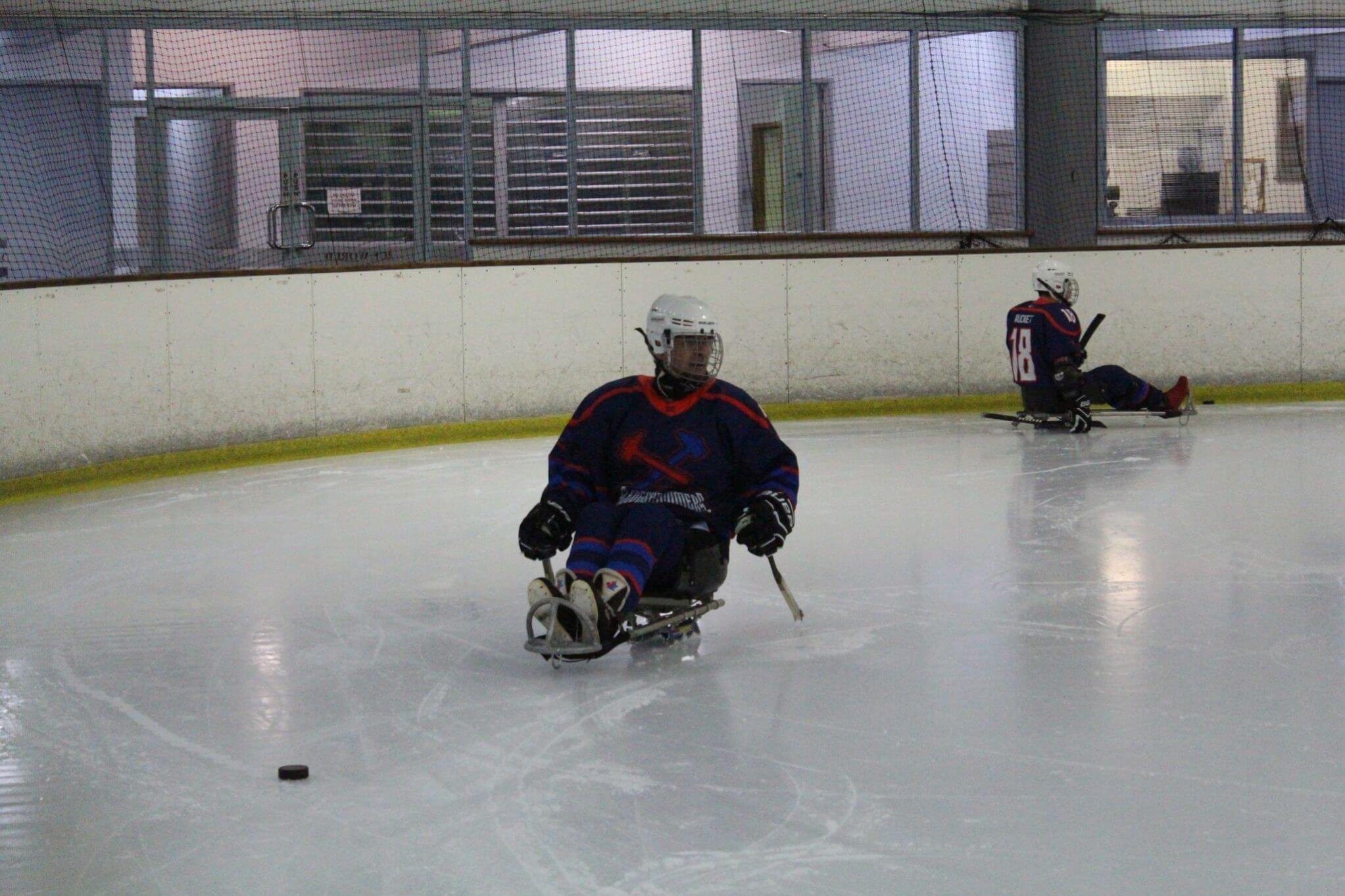 From working in finance to sharing the stage with Tina Arena, Tony Dee’s journey in music has been an incredible one.

Now, with the support of the National Disability Insurance Scheme (NDIS), Tony is getting the vital equipment and therapies required to continue and extend his career in music.

Sports fans may recognize the Brisbane-based crooner as the face of the British Paralympics team Yes I Can campaign for the Rio Paralympics in 2016.

Tony’s journey to stardom started with his wife uploading a video of him singing at a local open mic night.

“One of the videos of me singing at an open mic was somehow noticed by Channel 4 in the UK,” said Tony.

“They were looking for singers and musos with disabilities to do their Paralympic games campaign in 2016 for the Rio games,” he said.

Fast forward a few months and Tony was boarding a flight bound for London, having been selected to front the channel’s campaign for the games.

It was the start of Tony’s music career, propelling him and his considerable singing ability on to TV sets around the globe.

“The internet views were racking up to the millions for the first few weeks. Then it arrived on Aussie TVs. One night I was sitting there watching the Olympics in my armchair, and I could hear my voice as I half dozed off. Wait, that’s me! I am on the TV!”

In the short few years since, Tony has appeared at a number of high profile events across Australia, including a performance on Australia Day 2017 in front of the Sydney Opera House.

“I shared the stage with Guy Sebastian and Tina Arena, people who have been doing this stuff for decades.

“The nerves weren’t too bad that day though, thankfully. I had Russel Morris say to me that he still gets nervous after 40 years so that made me feel a bit more comfortable.”

Tony was approved for support through the NDIS in 2018.

“My goals with the NDIS were around independence. I am not someone who on a regular basis needs assistance with self-care or anything like that.

“I focused on maintaining the independence that I do have. I had a goal around maintaining my health, wellbeing and my strength.”

“My shoulders have been pushing around a wheelchair for 40 years. We had the physio sessions put in there to keep me moving well.

“A sub goal of maintaining my health was to lose a bit of weight.

“As I build up a bit more muscle bulk in my upper body that is not only assisting my mobility, but also my general health.”

Tony has also received a new wheelchair and regular maintenance on his Smart Drive, which helps him access the community to busk several times a week.

“When I am out in town doing my busking, I have a speaker on my lap and a backpack on my back.

“It is a lot easier to get around with the Smart Drive.”

In early 2018, Tony gave up his day job in finance to focus on his music, giving him the time to try his hand at another competitive pursuit, Para Ice Hockey.

“Players can be able-bodied, they can have spina bifida like me or some other paraplegic condition, cerebral palsy or an amputee.
“You are sitting on a sled with blades underneath, you get two ice hockey sticks instead of one, each with a pic on the bottom to propel you forward. The other end of the stick is for shooting, passing or controlling the puck.”

In its infancy in Australia, Tony says the sport is a great social and competitive outlet for him and his teammates.

“I am in it for the fun, the fitness and the socialising. It is very fast though. The puck can get up a lot of speed when hit well.

“You need a lot of padding as it is full contact. When there is a fair contest for the puck, anything goes. There is a lot of shoulder to shoulder contact. Trying to put the other player on their side.

“Stopping is a very important part of the training. I’m still getting the hang of that.”

Tony said the NDIS support has had a big impact on his overall quality of life.

“I have been able to meet the goals I had in my current plan,” said Tony.

“I have been able to access my community. The maintenance on my equipment has really helped, allowing me to get to the city and busk and work.

“I am kicking goals with my health. It has been really good,” he said.

Tony is supported on his journey by Carers Queensland, NDIS Local Area Coordination Partner in the Community for the Brisbane region.

For more information about the NDIS or how to access it, please contact Carers Queensland on 1300 999 636 or cq.enquiries@ndis.gov.au