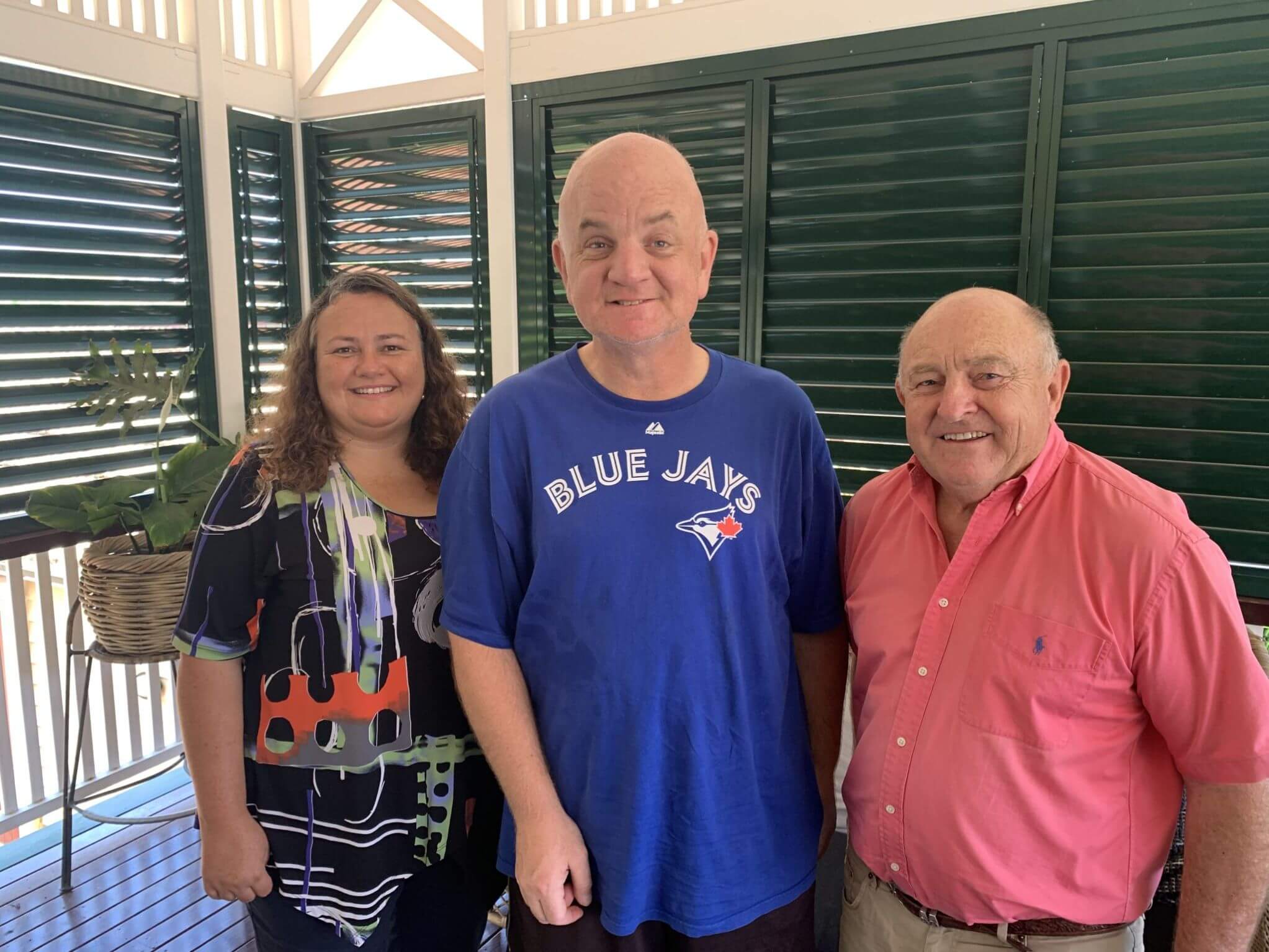 With support from the National Disability Insurance Scheme (NDIS), Indooroopilly local David Crombie Jnr is on the verge of living independently for the first time.

It is the result of months of intensive work, with David Jnr, 46, practicing the key skills required to live safely on his own.

With funding from the NDIS, David Jnr, who has an intellectual disability, employs a number of support workers that help him to build skills, access the community and attend social activities.

“I have a couple of support workers. We go shopping and go on outings. I do cooking with my support worker Deb as well. We have a recipe book that I am learning. I have learned about laundry and taking the bins out,” he said.

“We went to a Ben Quilty and Margot Robbie exhibition. We went to the NASA exhibition and the science centre. We went to the Ekka as well. I have another support worker called Robbie and he takes me to the Men’s Shed or on walks.”

David’s support worker Deb says he has made great progress in the past year.

“With the goal of moving out to live independently in mind, we identified that cooking and kitchen safety was a bit of a gap for David so we worked on that,” she said.

“David is now transitioning to living in his new unit. He has taken some really big steps towards that.”

David’s father, David Snr said he was very proud of the steps towards independence his son was taking.

“So much progress has been made. David wants to get out and do his own thing, to get out to all the sports and things he enjoys.

“David needs to be independent and he is going really well down the right path.”

David Jnr said he was very excited to move in to his own space.

“Half of my stuff is now in my new unit. I am very excited. I am looking forward to doing my own thing and having my own routine,” said David Jnr.

When not building skills with his support workers, David Jnr can be found working as a groundskeeper at Kingsford Terrace, a retirement village at Corinda.

Prior to that role, David Jnr worked as a trolley collector at Coles for more than 24 years.

David Snr described the arrival of the NDIS as a ‘godsend’ for the Crombie family.

“The NDIS has been a complete revelation for us. It has presented so many new opportunities.

“The NDIS has arrived at the right moment for us and has provided the right type of support that people like David need.

“It has been a wonderful support for David. He has developed incredibly in the last few months in confidence, in getting out and doing stuff. It is the NDIS funding that has enabled that and we are really happy with it,” he said.

He said the options for flexibility with the NDIS set it apart from previous disability funding initiatives.

“It’s great to have that flexibility with the NDIS, and with David’s service provider. We have been able to engage with our chosen service provider to create a program that meets David’s needs.

It’s not one size fits all, it’s specific to David.”

David Jnr is supported on his journey by Carers Queensland, NDIS Local Area Coordination Partner in the Community for the Brisbane region.

For more information about the NDIS or how to access it, please contact Carers Queensland on 1300 999 636, or cq.enquiries@ndis.gov.au