Home/Posts/News/Erin is guiding her future with the NDIS

Erin is guiding her future with the NDIS 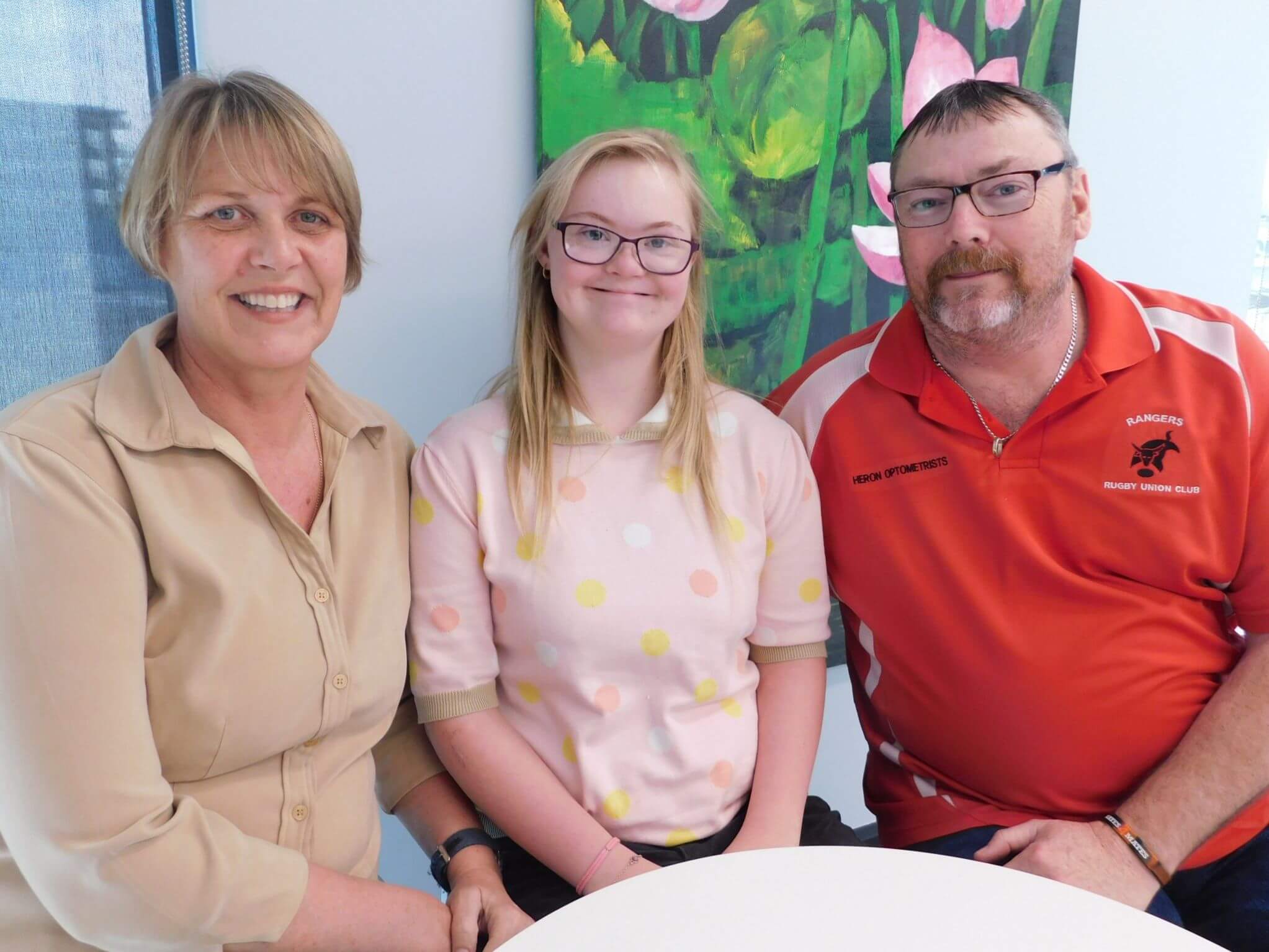 For Nambour local, Erin, and her parents Vicki and Peter, the National Disability Insurance Scheme (NDIS) is bringing her closer to long term goals of driving a car, working in fashion or at the zoo, and being a Girl Guides leader.

For the 15-year-old, who has Down syndrome, and her parents, preparing for leaving school is the more immediate goal and with the help of the NDIS they have been able to concentrate on Erin’s skill development and independence.

“For Erin, it’s two and half years now I suppose until she leaves school, so the transition from school to employment is important,” Peter said.

“I think it was even before the NDIS was mentioned we heard about training programs for school leavers with disability and that is something that we would love Erin to do.”

Before Vicki went to the NDIS planning meeting with Carers Queensland NDIS Local Area Coordination Partner in the Community Program, she and Peter took part in some seminars about the NDIS and began to see new opportunities for Erin’s future that helped shape Erin’s goals.

“I found the planning meeting good,” Vicki said, “I found Des wonderful. He immediately established rapport, he asked us all of the questions no one else had asked us for a long time. So it was really quite good.

“We came with a really simplistic view and it was like three or four very simple goals. To help Erin with her speech, and her coordination – they were the two main things. To keep the Girl Guide engagement that she's had all the way through. And obviously, moving towards independence to try and cut the strings a little bit,” Vicki said.

“It's having someone take her shopping,” Peter added, “She doesn't want to spend all her time with Mum and Dad so someone to take her to the movies or take her on a train trip to Brisbane. That sort of independence.”

Vicki and Peter have found the NDIS has opened new opportunities for Erin, their family and their community. They opted to use a registered Plan Manager to help them manage Erin’s NDIS funding and provide flexibility to find their own support workers.

“With NDIS funding we can actually afford to send Erin to therapy again. We had private health but we were paying the gap and we'd let it slide a couple of times when financially we just couldn't afford it. So to be able to afford the therapies is huge, and it's been consistent therapy, especially the speech therapy.

“The local Guides leaders recognise how important it is to engage Erin for the future. There's only a small amount of girls who stay with Guides until their late teens and Erin's one of a small group of three. The other two are going through their leadership training and so they've made an alternate local path for Erin.

“We've got this wonderful funding, we've got a vision and trying to find the people to help us has been our journey. We've been lucky enough to find a young Guide that's about to go to Uni. She has got an ABN, her tax file number, she'll be blue card ready, and she is taking Erin to the next camp.

“All I can say to others is do a little bit of preparation and keep it simple.”