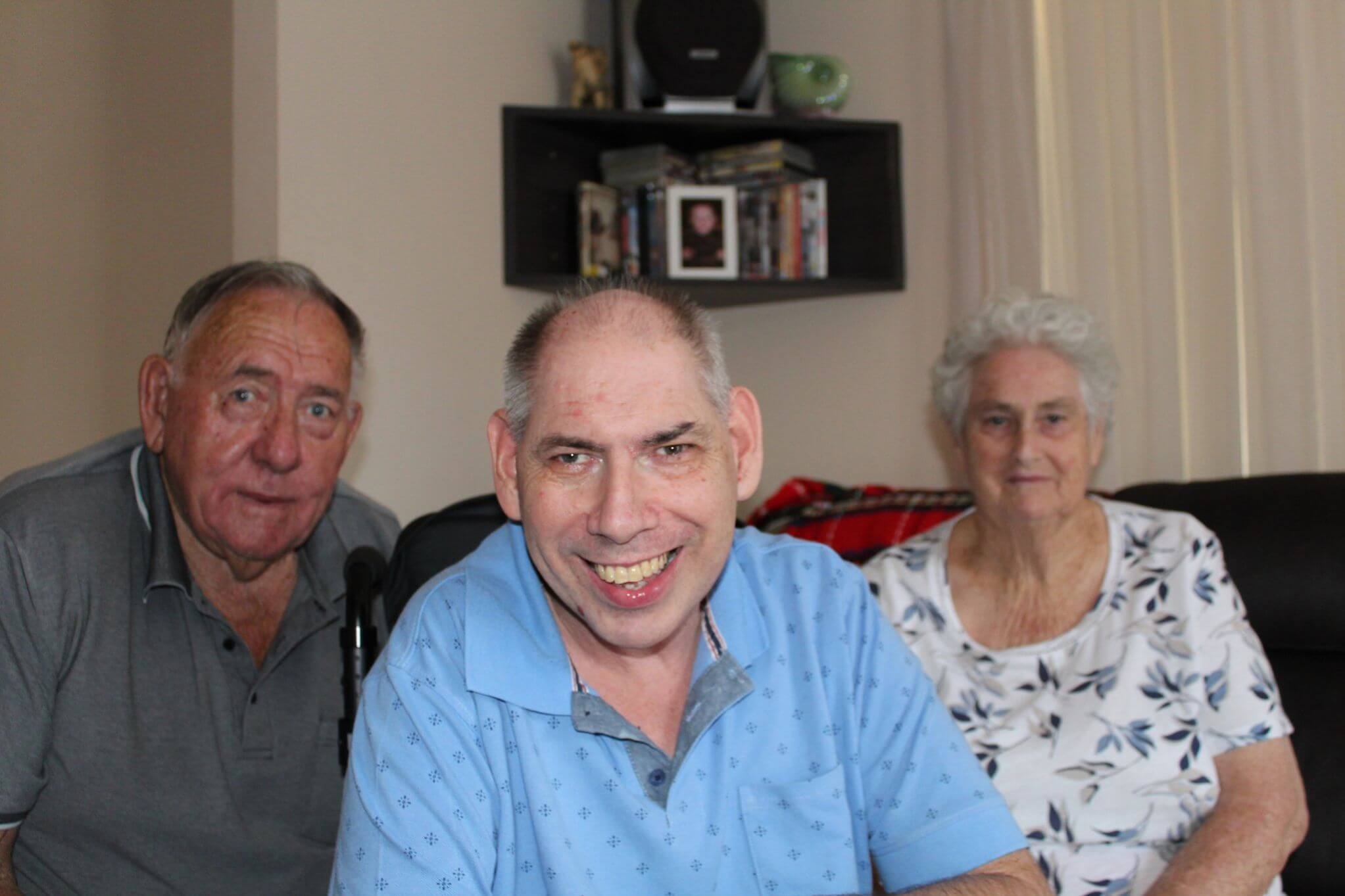 With the arrival of the National Disability Insurance Scheme (NDIS) in the Darling Downs in 2017, Justin Nothdurft, who has cerebral palsy, was able to access support for the first time in 45 years.

For more than four decades Justin and the rest of the Nothdurft family have been getting by on their own, with Justin’s dad Mick maintaining his wheelchair and building modifications to support his son to live in their home safely.

“We have done it all over the years. It’s a lot better now to have some help, it has made a hell of a difference,” said Mick.

Justin lives with his mum and dad in Oakey, a small country town 30 kilometres west of Toowoomba, and his brother, Les, said the NDIS had eased pressure on his parents.

“It has taken a lot of pressure off mum and dad, especially with dad not needing to shower Justin and things like that. Mum and dad aren’t getting any younger so it’s good to have that support at home.”

Now in his second year on the NDIS, Justin attends a day program with the Cerebral Palsy League, is supported to access the community, and receives personal care support in the home.

“Justin has never had support before. Now he accesses the CPL on a Monday and has one on one support that comes out on a Tuesday and a Thursday.

“They will come out here and do some activities with Justin at the house or go into the community if he wants to go to the RSL. Sometimes they will go to bowling, do some shopping and things like that.”

Justin says he is loving his new found freedom.

“I like going into town on Mondays. I wanted to go out and do some things. I have gone swimming, we are doing some woodworking and I am starting to do a computer course.”

Justin’s mum Pamela said the NDIS has made a big difference to her son’s quality of life.

“He has grown such a lot since he has been attending his day program. It has changed his life.”

Justin is supported on his journey by Carers Queensland, NDIS Partner in the Community for the Toowoomba region.

For more information about the NDIS or how to access it, please contact Carers Queensland Toowoomba office on 07 4646 2800 or via email at toowoombaLAC@carersqld.com.au