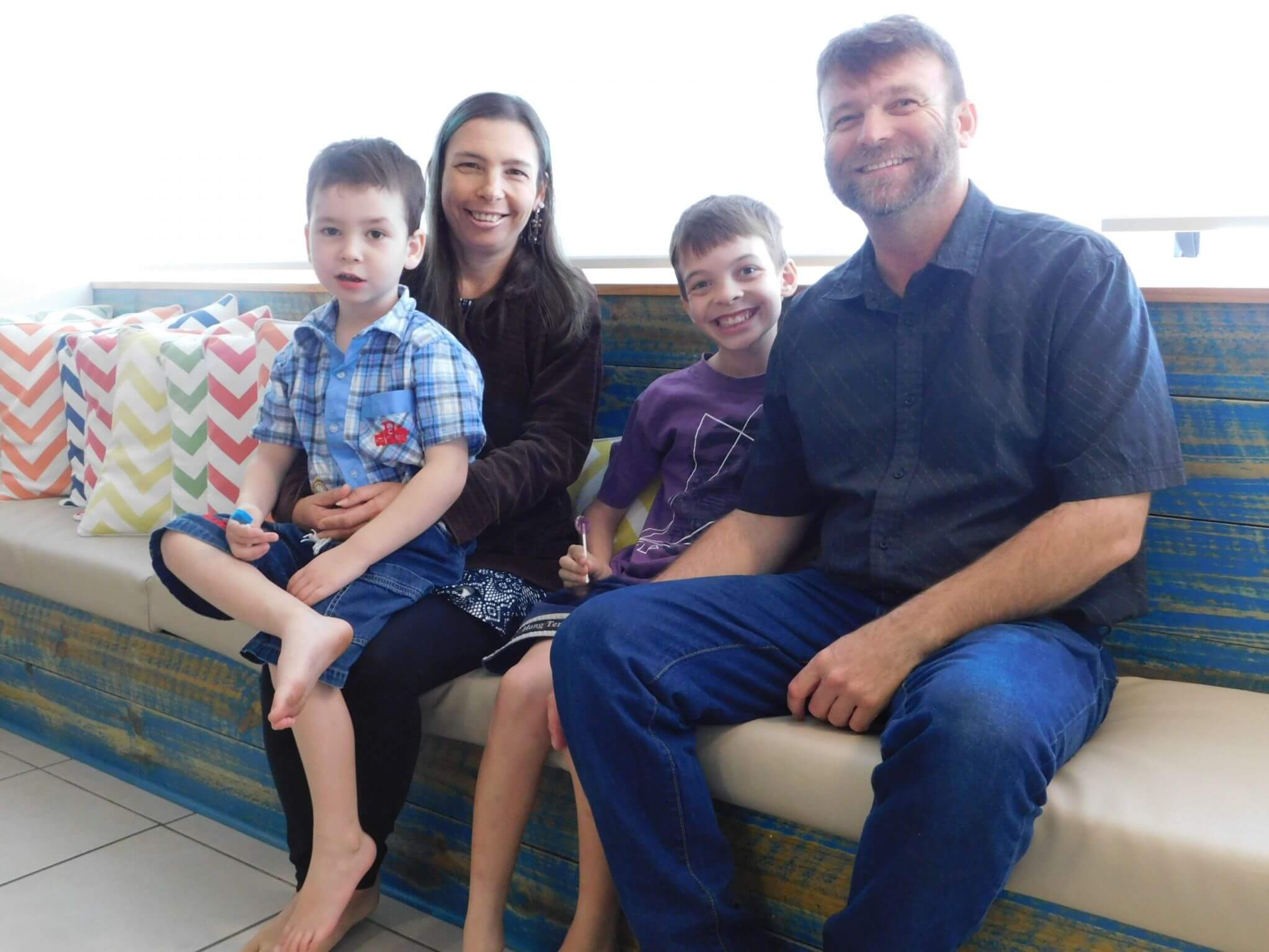 Carers Queensland’s Short Breaks for Carers Program has helped the Flesser family from Dalby make new memories during a stay on the Sunshine Coast.

The family of four took up the opportunity to have three nights free accommodation at a unit at Kings Beach, as part of the program that works with Airbnb hosts who have mid-week vacancies.

Sue and Brian Flesser, and their sons Nicholas (11) and Alex (5) needed a break from their hectic life. Both Nicholas and Alex have Autism and hypermobility, requiring regular speech therapy, occupational therapy and physiotherapy. Alex also has epilepsy, which has required close monitoring. Brian works long hours with a rural manufacturing company and until this year when Alex started at school, Sue had little
time to take a break.

“Because Alex had severe epilepsy when he was little, I used to hover over him because if he hurt himself he’d have a seizure,” Sue said.

“It took me ages to put him into day care because I was so worried. He’s medication free at the moment so we’ll see how he goes. He seems to be doing okay.”

For Sue, the getaway offers the family more time to bond, as well as the opportunity for Nicholas and Alex to learn new living skills and independence.

“At home it’s just tiring at times. Both boys still need help with dressing, and hygiene, and making sure that they’re okay. Alex can be a bit of a wanderer.”

“So on holiday we sort of test it a little bit, because you can feel like cotton wool parents. We sometimes aren’t supervising them as much because we’re either cooking or whatever, and you’re just trusting them a little bit. And you can hear them, but you’re trusting them to make their own decisions. It’s a way to test the boundaries.”

The ocean views from the unit at Kings Beach are mesmerising and Brian, Nicholas and Alex have been able to watch the large ships travelling up and down the coast.

“Anybody would think they were just there. That’s how close they get in!” Brian said.

“The kids are distracted, looking at the ocean and seeing the different boats that are coming through.”

“I even sit there and watch what’s going on out there. It’s a beautiful view. I’d love an apartment like this.”

“It’s just great to have a break from everything at home and just chill and go adventure on the beaches.

It takes that pressure off yourself and the kids.”