Getting out and about is easier for Michael 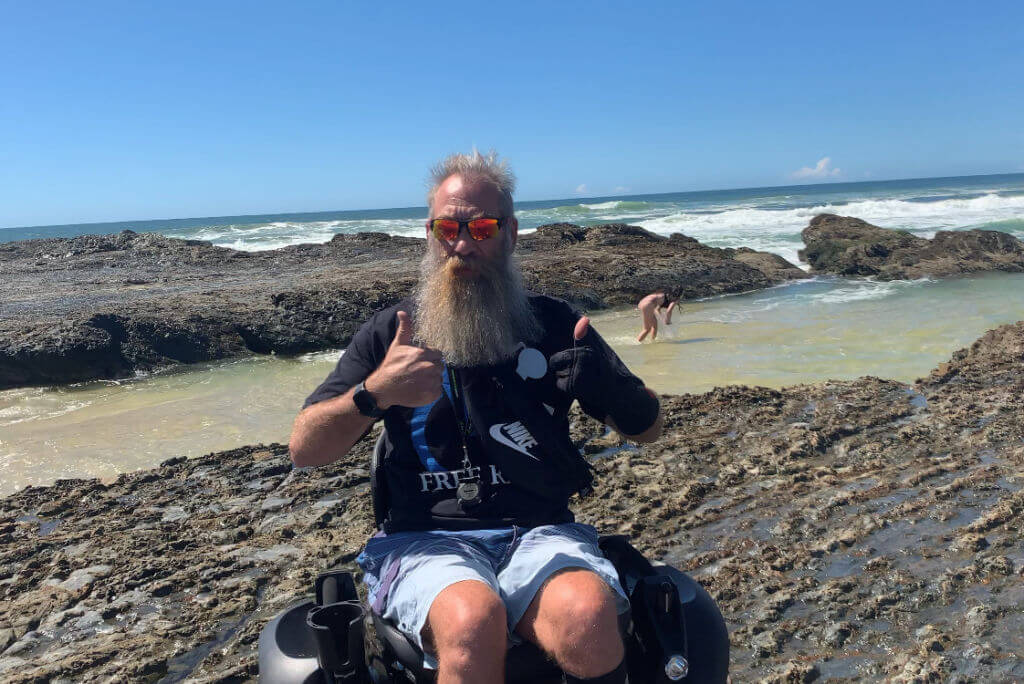 Getting out to the skate park with his children and down on the sand at the beach is now a lot easier for Michael since he began using an all-terrain wheelchair.

The Browns Plain local has already racked up more than 100 kilometres since receiving his new mobility device in April as part of his National Disability Insurance Scheme (NDIS) funding.

Michael, who has a neurological and physical condition, said the wheelchair allows him to be as independent as possible.

“I took my youngest son to the skate park in Currumbin, and while we were there, we went to the beach. I was on the sand and on the rocks; it is the first time in years I didn’t feel disabled as I could go where I wanted to and I wasn’t constricted by where I could access,” Michael said.

“That’s the big thing; I have so much independence now. I can get out in the yard, can set the sprinkler up without having to use crutches; I can zip out.

“I can take the dog for a walk, can roll around out the front with the kids when they are on their scooters; it doesn’t feel like you are on the sidelines watching, which was what it used to feel like.

“All of a sudden the world has opened up again. It’s the next best thing to a pair of working legs.”

Michael said he has found people in the community are more willing to engage with him now he is using his new electric wheelchair. 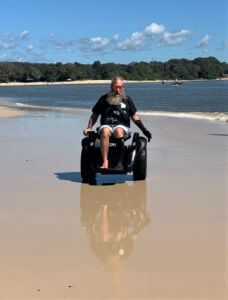 “In the manual chair, people would ask my support worker questions and ignore me, but with this one, people are more engaged with me,” he said.

He said before accessing the NDIS he felt stuck at home and had to rely on others to help him.

“Now when I spend time with my kids they don’t need to look after me as I have supports; I get meal prep, can get to the shops, can do my hobbies and I can go fishing,” he said.

Michael said he has plans to visit the Gold Coast again soon and would like to take his children to Movie World and go on the rides.

Michael received assistance to apply for and implement his NDIS funding from Carers Queensland’s NDIS Local Area Coordination Partner in the Community Program for the Beenleigh region.