Joe’s on his way to the top 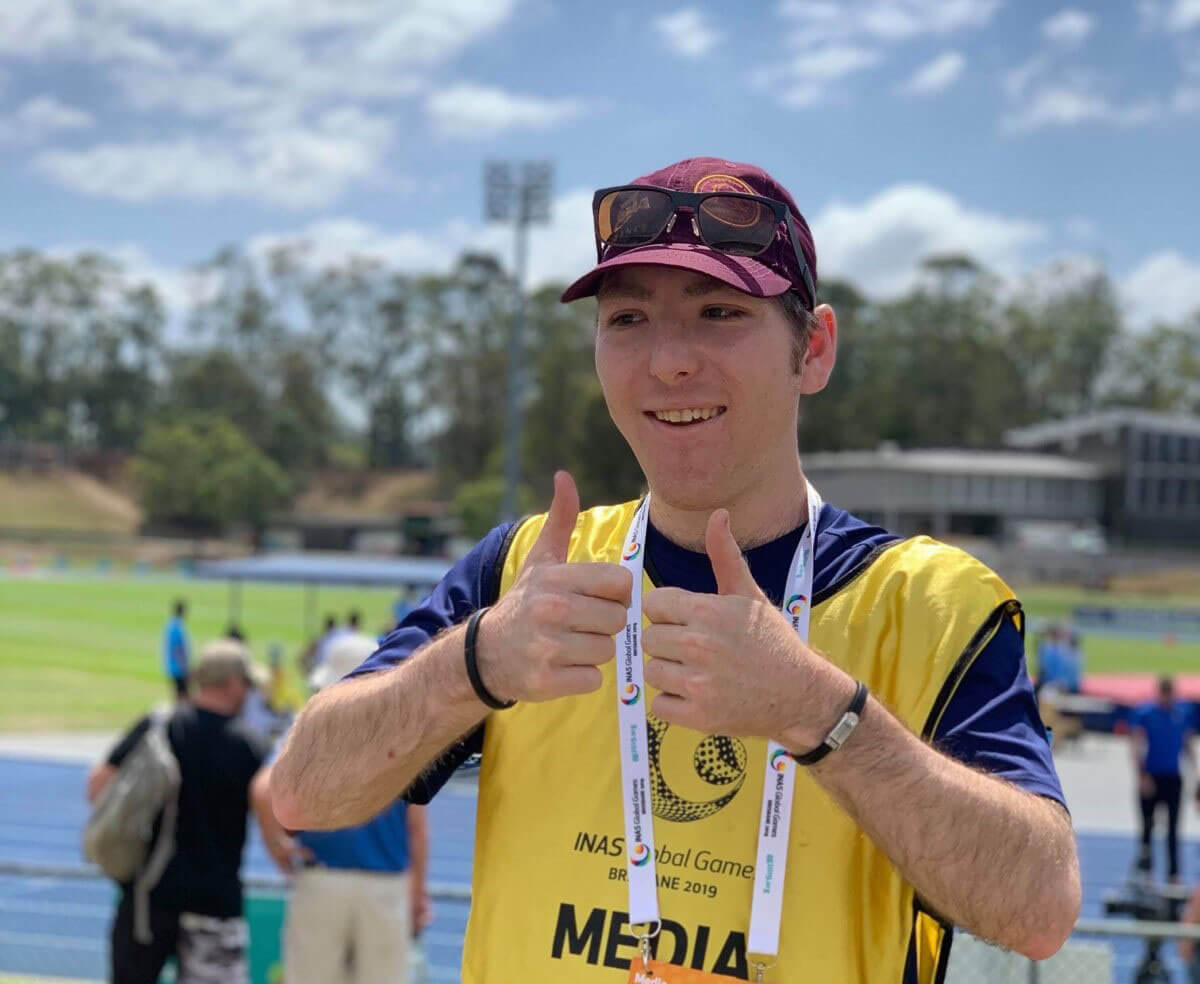 Joe Smith could well be the next big thing in Australian entertainment.

The Gold Coast based YouTuber, who has autism, has made a rapid start to his content making career, regularly rubbing shoulders with some of the biggest celebrity names in the country.

His show, Top Guest Studio with Joe, boasts a loyal and quickly growing fan base, and has featured a number of high profile guests such as Tom Gleisner (host of Channel Ten’s Have You Been Paying Attention) and Tommy Little (host of The Project).

“My show is about positive people and telling their stories.

“I want to keep inspiring others with autism and inspire them to inspire others. I have already reached 104 subscribers and I have made so many lifelong friends from this channel,” said Joe.

Rumour has it that Hugh Jackman is the next celebrity on Joe’s radar, having crossed paths at one of Hugh’s shows.

Joe hopes his YouTube channel can propel him to a job in radio, commentary, or TV, and says the experience has taught him valuable life skills.

“From where I started the show to now is amazing. It is teaching me to approach people in the correct manner and use my listening skills. I am also learning to make eye contact with guests and build communication skills,” he said.

“Nat’s role is to help me present the show and learn the technical side of YouTube and social media,” he said.

When Joe is not producing his show, he is building his independence and life skills thanks to funding from the National Disability Insurance Scheme (NDIS).

“My goals are to learn transport and life skills and in the future hopefully living independently.”

A keen runner, Joe also gets support to train several times a week as well as attend regular sport and recreation sessions, where he participates in drama and athletics.

“I love running and doing drama. I also do cooking, we go up to the shops and buy the ingredients we need to make my lunches.

“I have learned to tie my own shoe laces and learn to manage time and money,” said Joe.

Not afraid of a physical challenge, Joe recently completed a gruelling 170-kilometre bicycle journey in support of 4 ASD Kids, raising a total of $5,000 for the charity.

Quite the philanthropist, Joe raised a further $2,000 for Tom Gleisner’s Learning for Life Autism Centre in Melbourne.

When not interviewing Australia’s comedy elite, Joe can be found working hard at the local Hungry Jacks.

Joe’s mum Leisa said the support from the NDIS was key to her son being able to achieve his goals.

“It’s been a really positive thing. If it wasn’t for the NDIS, I think he might be less able to socialise and feel productive. Now he has a lot of support and can do the things he enjoys doing,” she said.

“He has made a lot of progress and is a lot less anxious about most things.”

Carers Queensland can support you to find out more about the NDIS, to apply for funding and help you get started with the NDIS.

If you have a disability but are not eligible for the NDIS, Carers Queensland staff can also help you identify and link to options for support in your local community.