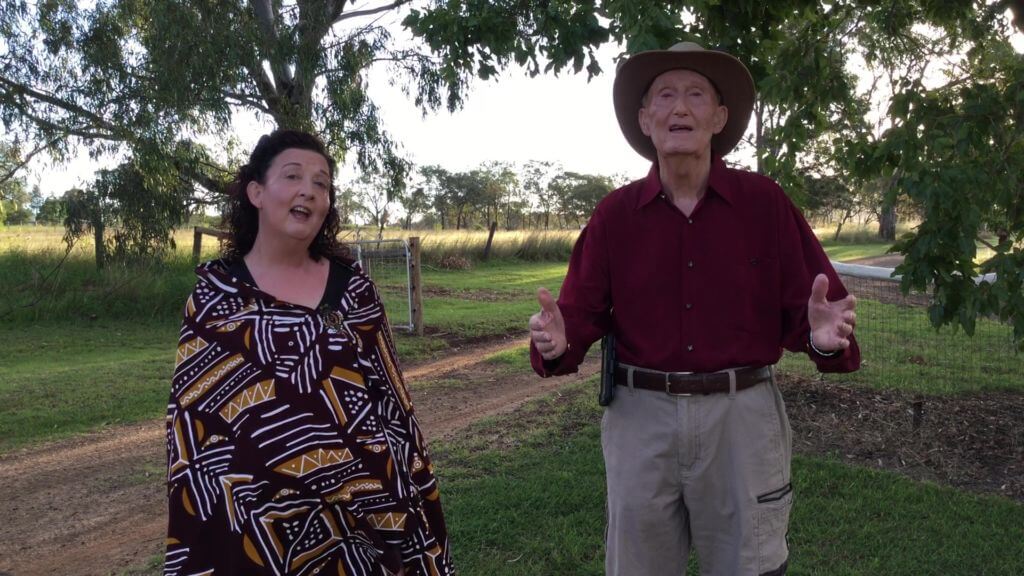 Kathryn Wilson is connecting to her father more, singing and recording music videos with the help of her National Disability Insurance Scheme (NDIS) supports.

The Southbrook local – who has cerebral palsy and muscular dystrophy – accesses support workers to assist with video editing original music and cover songs she regularly performs with her dad.

“We’ve been singing for 50 years dad and I; he was a songwriter, so I actually grew up in a sound studio,” Kathryn said.

“Dad’s 83 years old so… I wanted to have it recorded so that we have a few memories. We sing his songs and other songs like, a lot of Irish songs and Dad’s originals as well that he writes.

“If it wasn't for my support workers, I wouldn't have got any of the videos (editing) done. They come and sit with me and help me… with video editing.”

Kathryn’s supports have also been instrumental in helping her lose 10 kilograms in 12 months.

“Accessing supports for meal preparation and changing my diet means I’m not reaching for the bad stuff, as you’ve got meal prep in the fridge,” she said.

“Being that little bit lighter it is a little bit easier to get around.

“I still have another 10kg to lose, but that'll happen over the next year or two.”

Kathryn has also been approved in her NDIS funding for custom-made boots for the first time in her life.

“The boots will stop me falling over. Because I've got one leg and foot that's totally different from the other, it’s not only smaller but it also twists,” she said.

“I had a huge operation on it and I couldn't walk for two and a half years, so these are the first pair of boots that they're going to make me that I'll be able to walk in.

“People don’t think it’s huge, but it is it is huge for me. I'm forever grateful, I really am, because I could never have afforded them.”

“When I received my first NDIS plan, I nearly fell off the chair; I was in shock. And, I'm still in shock. I still wake up and thank God every day when my support workers come as it really is life changing,” Kathryn said.

“The NDIS has given me independence and probably my self-esteem back.

“It is making a huge difference to my life; it’s just night and day.”