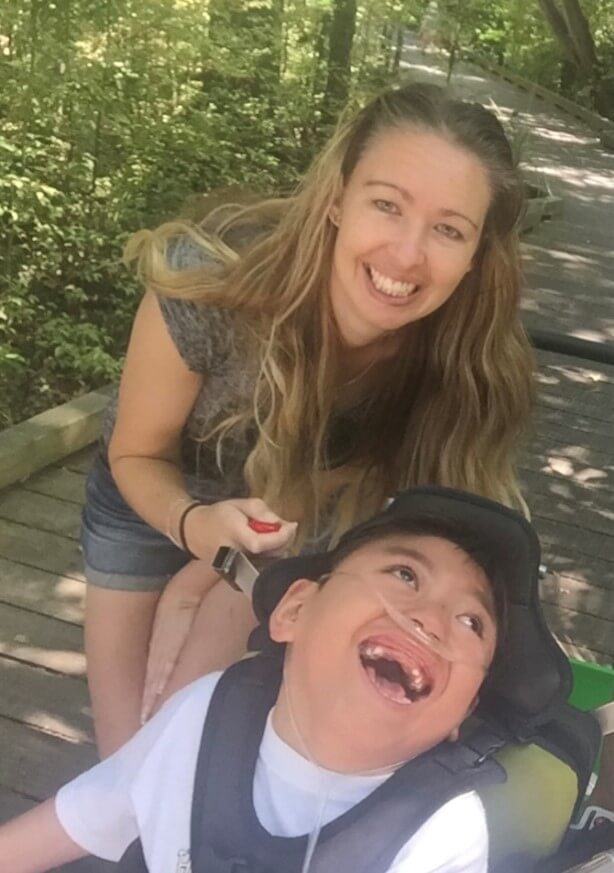 Laura’s caring journey began as a young adult when the family adopted a baby who had been left at a hospital with no one to care for him.

The family called him T and he had cerebral palsy, high complex needs and was non-verbal – and he quickly became part of the family.

When her mum was sick, Laura became a primary carer, feeding, changing and entertaining T, and getting him to his therapy appointments.

Laura and her family had T for seven years before he died.

“The challenges were his needs. He can’t walk, he can’t talk, he can’t feed himself, his medication schedule was three hours all the time right through the night so you’re taking turns to wake up … his care was a challenge.

“But, the positives far, far outweigh the negatives. He was just such a happy, happy kid; it didn’t matter what was thrown at him, how many times we were in hospital… and he took it all in his stride and he laughed and he smiled and to the end he was smiling. The happiest person.

“There is so much heartache and grief you go through before they pass because we knew it was going to happen, we didn’t know when, we hoped we got more time, but I got through it because I know he’d laugh and we gave him so much love; as much as we gave him he gave it back to us ten-fold. For all the love we could give him I don’t think we gave him as much love as he gave us back. 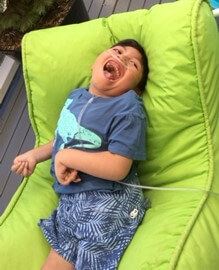 “I would do it again in a heartbeat for him. All the nights sleeping on cold floors in the hospital and the nights up giving him medication; I’d do it again for him. It’s so worth it. We were able to take an unwanted little boy who out of everyone in the world needed the love and support the most and do that for him.”

Reflecting on why being a carer is important, Laura said going from being a typical twentysomething to being a young carer brought a deeper quality to her life.

“When my brother came into my life it really turned around; I realised life is not just about me, you’ve got to think about other things.

“We had to find different supports and resources in our little town, so part of our caring role was to make sure T had everything we could find. It is so hard, but I think, but it just opens your world to disability, and you meet amazing people who are connected to your people, and your resilience goes through the roof. It is so, so, so hard, but it is so, so good as well.”

Laura’s experience of caring for T gives her a deeper understanding of the individuals and families she meets as a Local Area Coordinator in Carers Queensland’s Capalaba office.

“I can have a level of empathy and understanding of what the carers are going through, but also what siblings are going through as well. I was an adult sibling, but I was still a sibling so I know the difficulties that parents have juggling and I understand the sibling side of things as well.”