Linda explores her artistic side 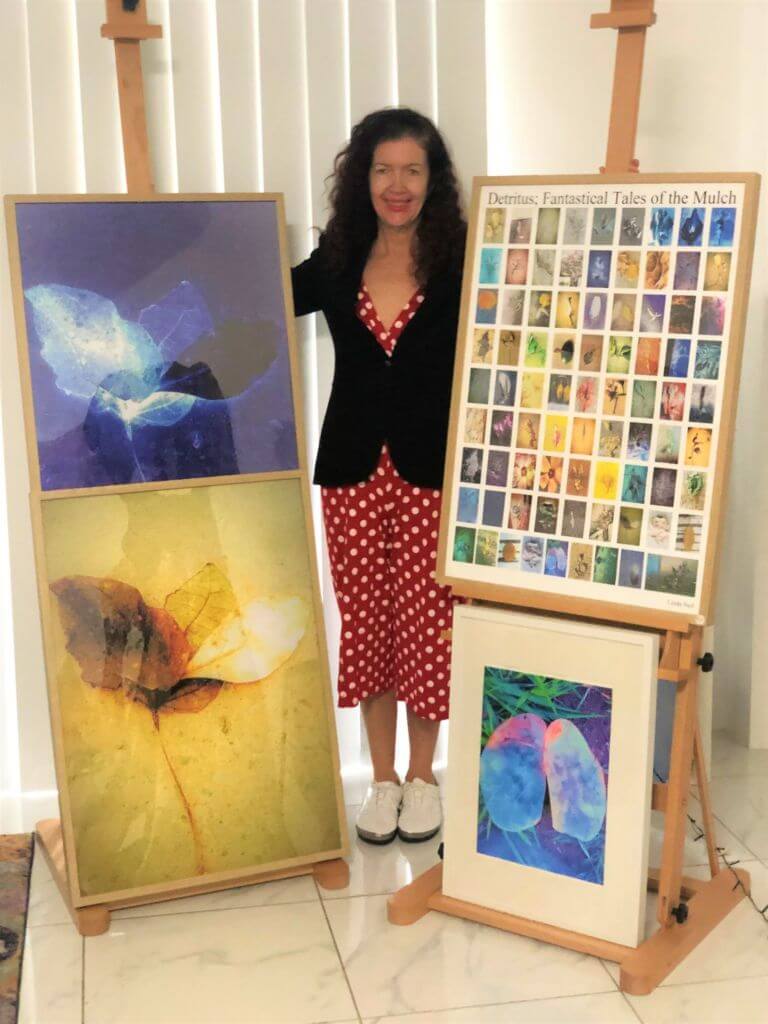 In 12 months, Linda has gone from novice photographer to holding her first photography exhibition, made possible with National Disability Insurance Scheme (NDIS) supports.

The Sandgate local – who has Parkinson’s disease – has worked extremely hard with the help of her support worker to make her exhibition, ‘Detritus: Fantastical Tales of the Mulch’, a success.

“This year has been a year of discovery as I had to learn how to use my NDIS support,” Linda said.

Linda’s photography journey began when she started to walk her local Esplanade to maintain her health and decided to start taking photos on her phone along the way.

“I started taking these little photographs. Every morning I'd go walking, and started photographing these things on the ground and scenery and it was just for something to do,” she said.

Linda’s first showing of her photographs was at the local Easter Art Show by the Sandgate Art Society.

“I thought I'll just put something in there, just to be connected to the community, and I won,” she said.

“I was absolutely flabbergasted, and that gave me the boost to keep going with my collection, called Detritus.

“Then there was another exhibition called ‘Expressions in October’ and I took 90 miniature photographs and I entered it in that one, and I won that too. Part of that prize was my solo exhibition I then had in December.

“I could not have done it without the help of the NDIS.” 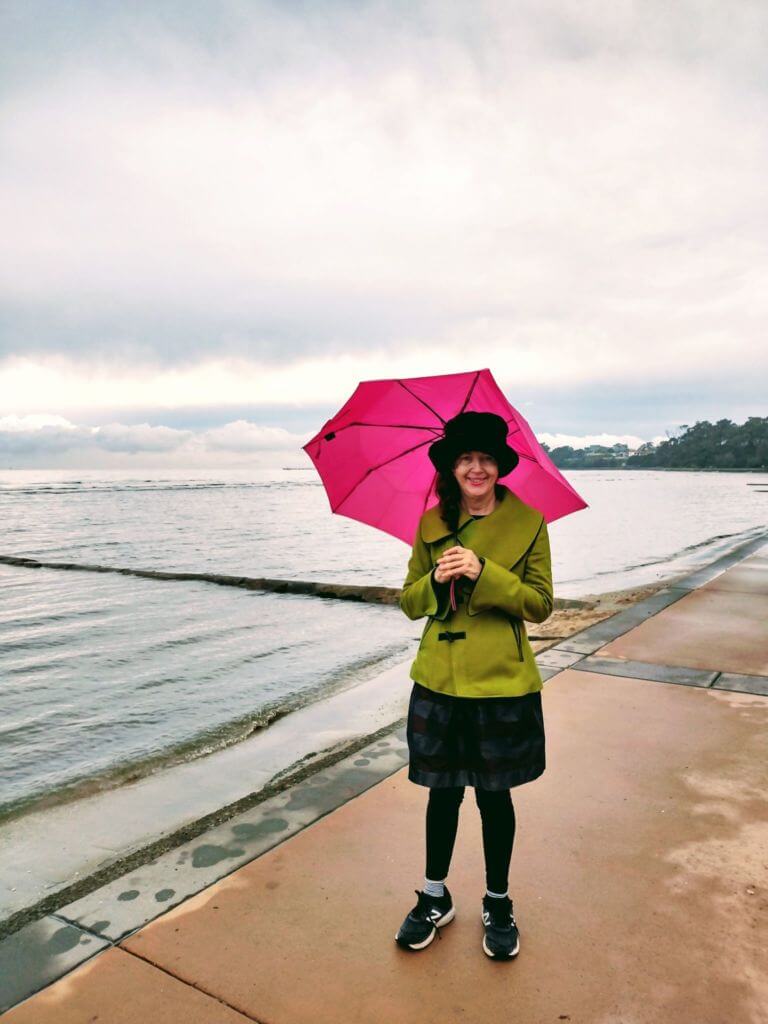 Linda’s photos have now been developed into a hardcover picture book for adults, with assistance from her support worker, Bella.

“I had never done word visual formatting in my life, so Bella showed me how to do it,” Linda said.

“Then I spent hours every day learning how to do it myself; imagine how wonderful to be able to learn all that. I couldn't have done any of it without the help.

“I've accomplished a lot of things, but this is something very special because it was so creative and so artistic and so free because I was just doing what I wanted to do. I’ve actually discovered a new sort of aspect of my creativity.”

Linda has now branched out from taking photos to making films – also with her phone – with equal amounts of success.

“Because I was taking photographs I thought I’d take a bit of video of me walking, just me with this pink umbrella I use,” she said.

“Now I had all these bits of footage, and I also discovered all these hard drives of my old music I had recorded many years ago as a violinist, so I thought I'm going to use this old music and make a little film.

“I entered it into a disability/short film documentary festival here, and then I found out there were all these little online film festivals in places like Singapore and India, so I entered it into those events – and it started winning a few things.”

Linda’s next film will incorporate her love of music and dance.

“I find dancing is incredibly therapeutic for people with Parkinson’s disease, but also because I'm a musician I've been able to get back in touch with the music I recorded so many years ago,” Linda said.

“Getting back in touch with my music was amazing and being able to use it in my film and things like that is giving me my joy back.”

Linda received assistance to apply for and implement her NDIS funding from Carers Queensland’s NDIS Local Area Coordination Partner in the Community Program for the Brisbane north region.

Linda said being able to access support has been a game-changer.

“I didn't even know before I accessed the NDIS in February 2021 that you could get a support worker like that, but this is the amazing thing about the NDIS. It seems to be looking at ways to facilitate you being able to do all things that you used to do,” she said.

“I used to do all this creative work in my life, and it was a terrible loss to think I couldn't do it anymore (once diagnosed with Parkinson’s disease in 2013). The NDIS has been incredible.”