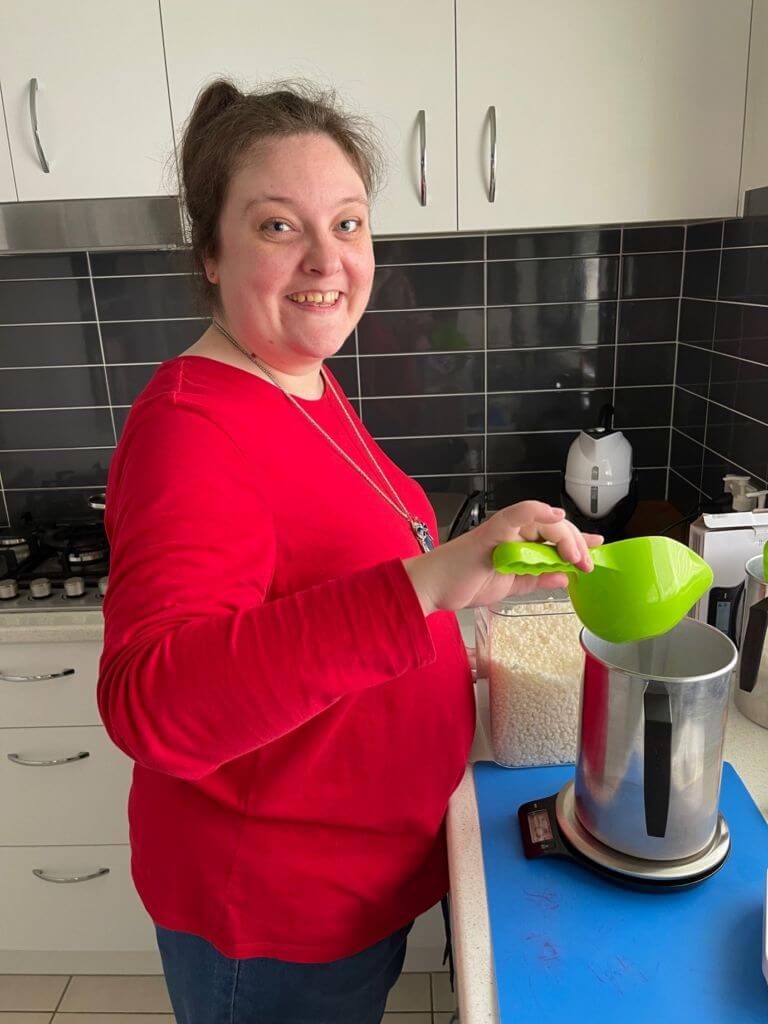 Two years ago National Disability Insurance Scheme (NDIS) participant Marisa started making candles as a fun way to earn some money. Now, Marisa has established her own candle business with the help of her NDIS supports.

The Warner local — who has an intellectual disability — wanted to be more independent and find a job.

After her mum, Barbara, bought her a small candle maker for her birthday, Marisa researched further about candle making and thought she could do a better job herself.

“I was getting frustrated because I couldn’t get a job, so I was searching on YouTube about candles,” Marisa said.

With her support worker by her side, they decided to make candles and develop her ‘Marvellous Scents’ business.

“Because of my rheumatoid arthritis sometimes I get my support worker, Tracey, to do a lot of the stirring, but she lets me pour the hot stuff into the glass to make candles. I also measure the wax and perfume,” Marisa said.

Barbara said Marisa’s support worker supervises her at all times, including stirring the wax, as Marisa is unable to stand for long periods.

“Marisa has scales and measures the wax and the amount of fragrance she wants in candles, adheres and centres the wicks, and does the warning labels on the bottom; she can do those sorts of things. But standing for any length of time around a hot stove, and stirring the wax is what she finds difficult to do,” Barbara said.

Marisa’s business has now been going for a couple of years, with a regular and local fan base.

“She took takes candles down to the psychologist that she sees so she gets two candles once a month. She also had another few girls from the medical centre too,” Barbara said. 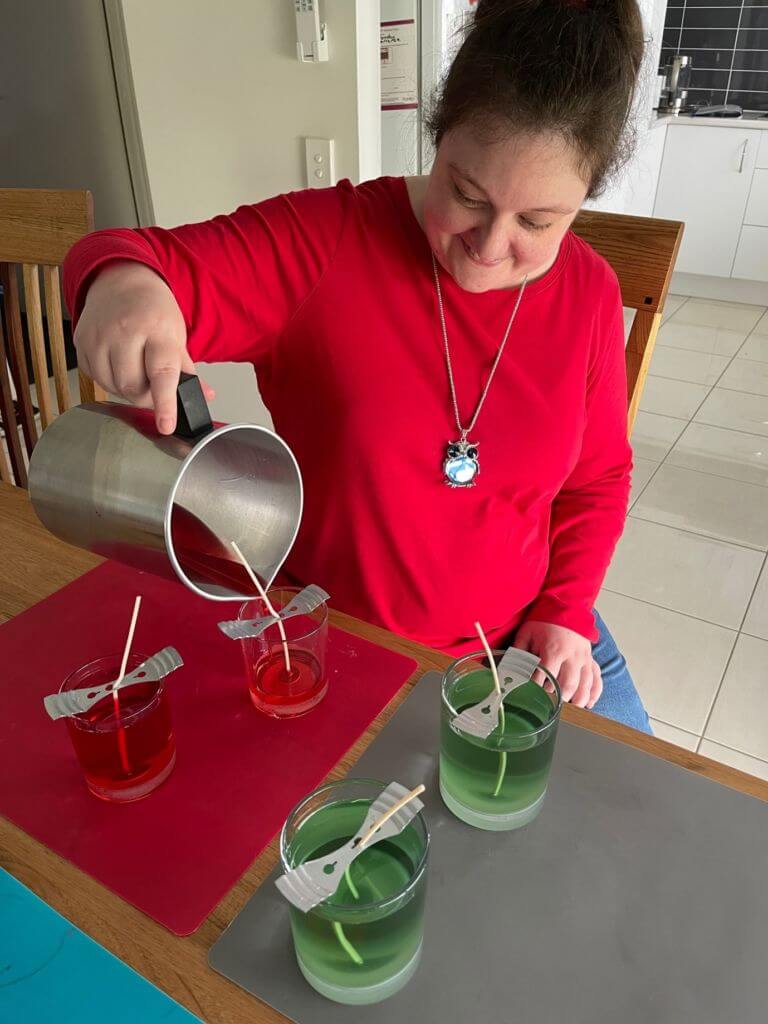 Marisa’s other passions also extends to singing and drama.

“A hairdresser at The Gap we know also sold some for her last year around Christmas.

“It is not a huge business; sometimes we go weeks without any orders, and then she might get two or three in a week.

“It’s good to see her achievements with the business because it started as an interest.”

“I like the Burgundy Rose one. I like blueberry cheesecake, and the salted caramel one,” Marisa said.

Marisa’s other passions also extends to singing and drama.

“I like singing because it helps me with my speech. My favourite songs are The Blessing, a worship song, and I Will Always Love You.”

Marisa received assistance to apply for and implement her NDIS funding from Carers Queensland’s NDIS Local Area Coordination Partner in the Community Program for the Brisbane region.

Barbara said since accessing the NDIS, it has made all the difference to Marisa.

“It has been amazing; we are so thankful for the NDIS because it has given Marisa more ability; we’ve now got speech therapy, we couldn’t afford to do that before,” she said.

“She gets to go out into the community more to live a better life instead of sitting around the house on the computer.”

Marisa says she “loves the NDIS; it has made me kind of independent now.” 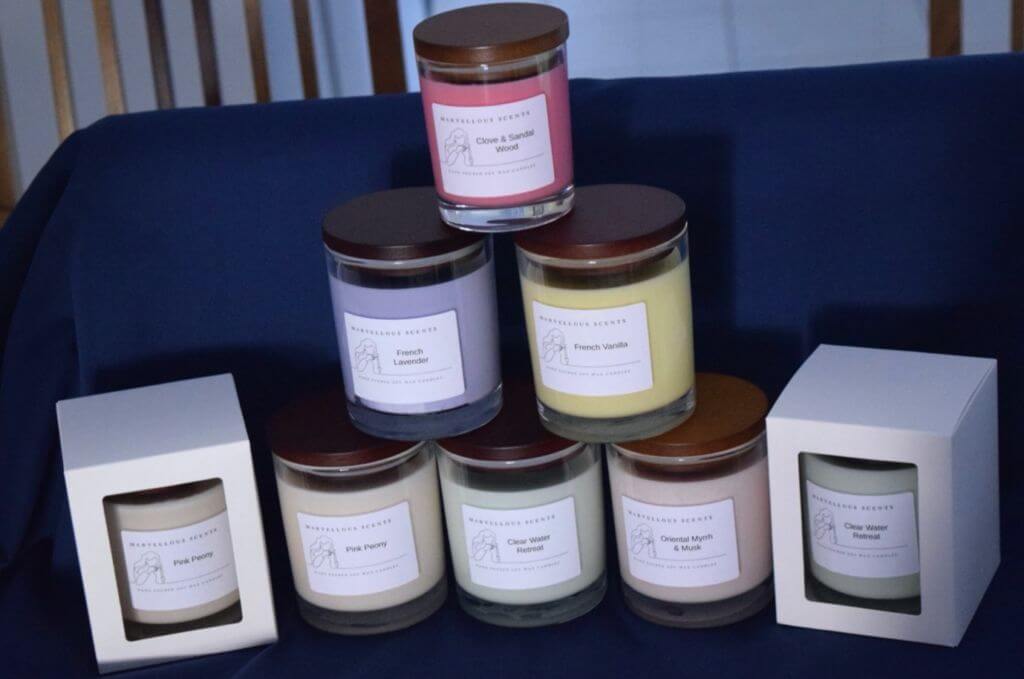