Michael is proving his doubters wrong 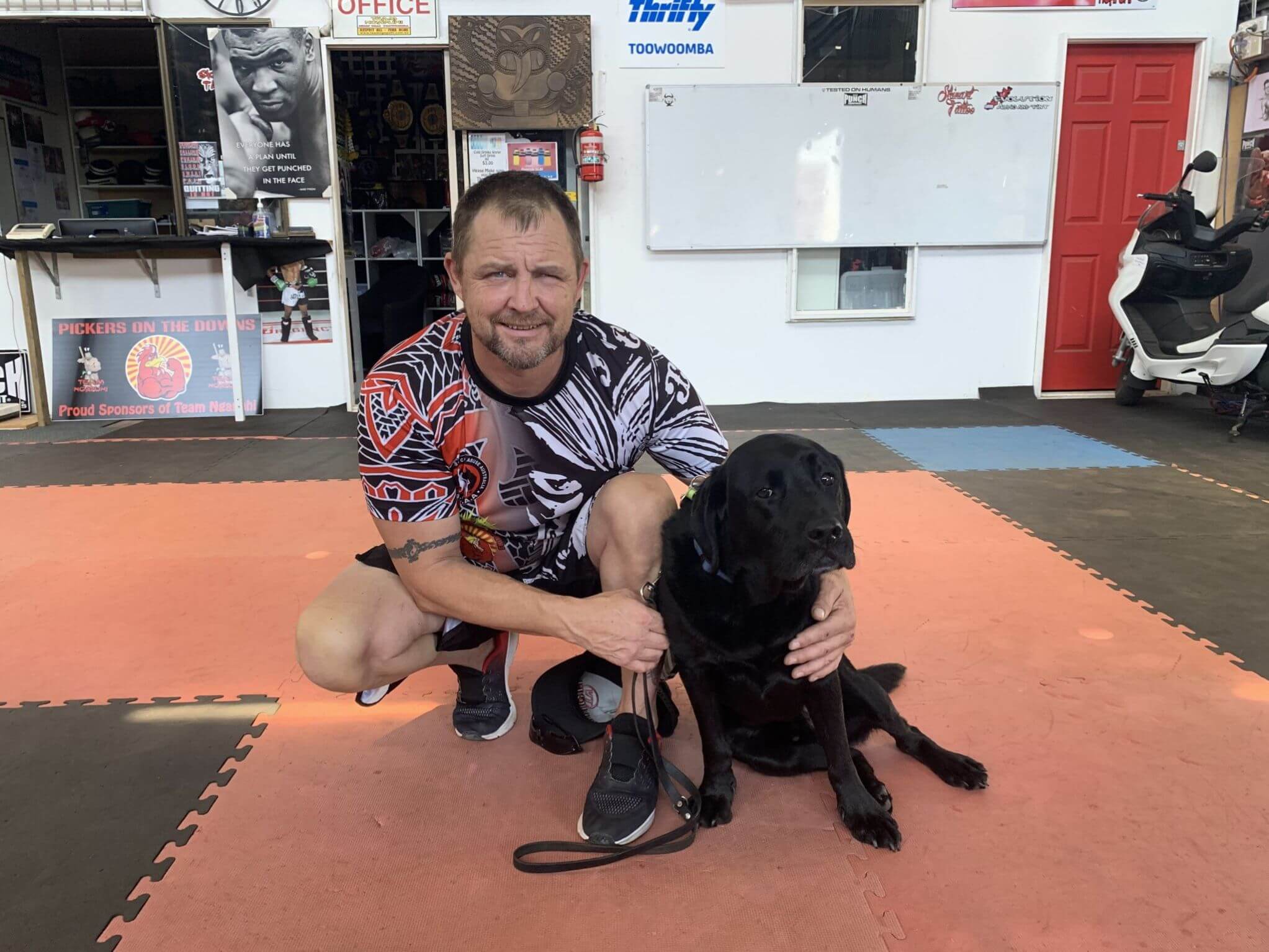 Michael Cooper’s story is one of remarkable determination and personal improvement.

Diagnosed with Corneal Keratoconus in 1987, a disorder of the eye which results in progressive thinning of the cornea, Michael was told that he would eventually go blind.

Struggling to come to terms with his vision loss, Michael had a significant mental health episode in 2007.

In the years that followed, Michael’s mental health continued to deteriorate, and he gained weight rapidly.

“When I weighed myself, I was 157 kg and I thought I have to do something here. The weight gain was due to pain and being on all the medications,” Michael said.

“Before that, I really didn’t want to leave the house. It came down to this. Was I going to sit at home, stagnate and become a recluse, or was I going to step out and challenge the world and make my situation better?”

That was when Michael made the decision to take up Muay Thai, a martial art and combat sport originating from Thailand.

“I got myself onto an old school keto diet. I got in and trained hard and got to where I needed to be.

“The hardest trick is to work out the mental game first. If you don’t prepare yourself mentally and get in the right frame of mind and attitude to go on the journey, you are not going to succeed.

In 2015, after more than three decades of eye surgeries, Michael made the tough decision not to go any further with operations.

“I had the option when the graft started to fail, to have another operation.

“After 32 years of surgeries, I decided to let nature take its course. I then was able to put the supports and structures in place that I needed to further my life.

“It was the best decision I ever made.”

Michael accessed the National Disability Insurance Scheme (NDIS) after it arrived in Toowoomba in 2017.

He became the first person in Queensland to be approved for funding towards a guide dog and received his black Labrador Cody a few months later.

Michael also has access to support workers who help him in the community and at work.

He says the NDIS made a massive difference to his quality of life as well as his mental health.

“I have been able to implement all the supports that I need in my life.

“My life is no longer stagnant, it’s not going backwards, it's cruising forward at a beautiful pace. I really can’t complain.”

Now fighting fit and enjoying life, Michael is back in the ring, instructing at Team Ngapuhi Muay Thai gym in Toowoomba.

“I came in for training and eventually started helping with some of the classes. The coach said to me, you have something here, you have the ability to communicate and work with the kids.

“I said I want to go as far as I can; I want to do something where I am helping people. Now I am doing an instructor course.

“I have been here for about two years. I’m enjoying it and getting heaps out of it.”

Completely blind in his left eye and with 25 per cent vision in his right, Michael says instructing a combat sport is another way of proving the doubters wrong.

“If they have told me I couldn’t do it, I set myself the challenge to do it and prove everyone wrong. That’s just who I am.

“I am fairly hands-on. I have to get close to see if the students are doing the right technique and things like that.”

“Quite often, people are quite shocked when they come in, and I am doing pad work and they see a dog. Oh, that’s a guide dog they realise. That’s the coach’s dog.”

Michael now hopes to challenge the perceptions of people with disability in the community and inspire people to go after their goals.

“I want people to think if this guy can do this, why can’t I?

“Your biggest disability is other people, and their ideas on what you can achieve.

“It is good to see kids interacting with me. They know what my disability is but they don’t see anything like that, they see this person that is getting in the ring and giving it a go,” said Michael, who now trains a number of people with disability.

Michael is supported on his NDIS journey by Pamela, his Local Area Coordinator.

“When I was first approved for the NDIS, I spoke to Pam my LAC, who is an amazing woman. I have never met someone who will give you more support.

“It has been an amazing journey, and I have been surrounded by the right people.”

Michael works closely with Pamela to understand, implement and utilise his NDIS funding.

Carers Queensland can support you to find out more about the NDIS, to apply for the Scheme and to help you get started with your NDIS plan.

If you have a disability but are not eligible for the NDIS, Carers Queensland can also help you identify and link to options in your community.

You can also contact Carers Queensland via the Enquiries Line on 1300 999 636, or cq.enquiries@ndis.gov.au