Miguel is building his confidence 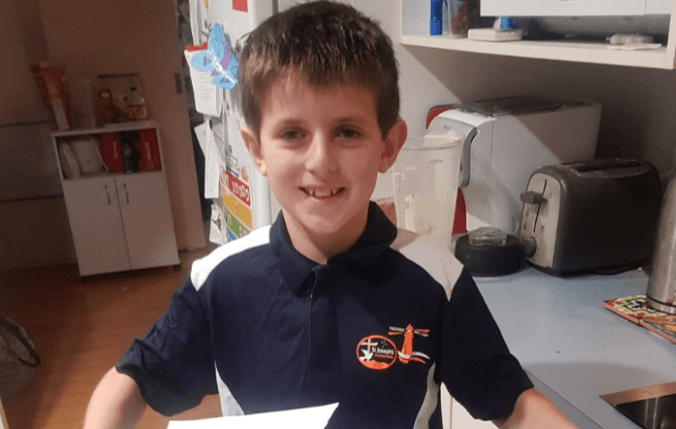 With the help of funding from the National Disability Insurance Scheme (NDIS), 11-year-old Miguel from Bald Hills is getting support to understand his emotions, socialise with his peers and build his independence.

Miguel, who has autism, joined the NDIS in March 2019 and now accesses a variety of therapies including physiotherapy, hydrotherapy, occupational therapy, and psychology.

“The NDIS has made a big difference because of the intensity of the therapies. Before the NDIS, he saw a psychologist 10 times a year and now he goes every two weeks,” said Miguel’s mother Alicia.

Alicia said the arrival of the NDIS in Brisbane in 2018, was well timed to help Miguel through his transition into high school.

“He is between year six and high school, so a lot of things are happening in his life at the moment.

“He has to overcome a lot of happy things and a lot of frustrations”, she said.

Miguel said that the therapies and programs he has attended have helped him better understand his feelings.

“It teaches you to not let your emotions control you when you are stressed or in need.

“It teaches you things step-by-step which is helpful.”

He has also attended school holiday programs which have allowed him to connect to kids his age and get outdoors.

“It’s really good to be outdoors to help with social skills. You go to the creek, make your own fishing rod, go in the treehouse, there is a fire to cook your own popcorn on, it’s really good,” he said.

Miguel, who loves art, musicals and playing the trumpet, has also had support from an occupational therapist to help him focus in the classroom.

“With an OT you learn things that can physically help you. You learn things you can do in class like lifting yourself up in a chair. It’s really good. My favourite subjects are maths and economics.”

Alicia said she has seen her son’s confidence and independence rise in the past few months.

In November, Miguel will star as the Cowardly Lion in St Joseph’s Primary School’s production of the Wizard of Oz.

“We have been trying to help him be more independent before he starts high school and also work on his anxiety.

“Without the NDIS it costs a lot of money, even to get a diagnosis. We couldn’t help him enough on our own. We have seen such a change and I know he is going to be okay. It makes me think that what we are doing is really working.”

Alicia, who worked with staff from Carers Queensland’s Lutwyche Local Area Coordination Office to create an NDIS plan for Miguel, has also been able to access support through the organisation to meet her own needs.

“When we had the meeting for Miguel’s plan, I said ‘what about me?’ I feel like I am the leader of the family’s mental health and needed some support as well.

“I have been having sessions with a counsellor from Carers Queensland. I also attended a Wheel of Wellness group session at the Lutwyche office. That was an awesome workshop, it really made me change my views. Now I am studying about Miguel’s ASD and the more I learn the happier I am.”

Carers Queensland can support you to find out more about the NDIS, to apply for funding and to help you get started with the NDIS, as well as provide information about services for carers.