Home/Posts/NDIS, News/Mikhail is achieving goals on and off the court

Mikhail is achieving goals on and off the court 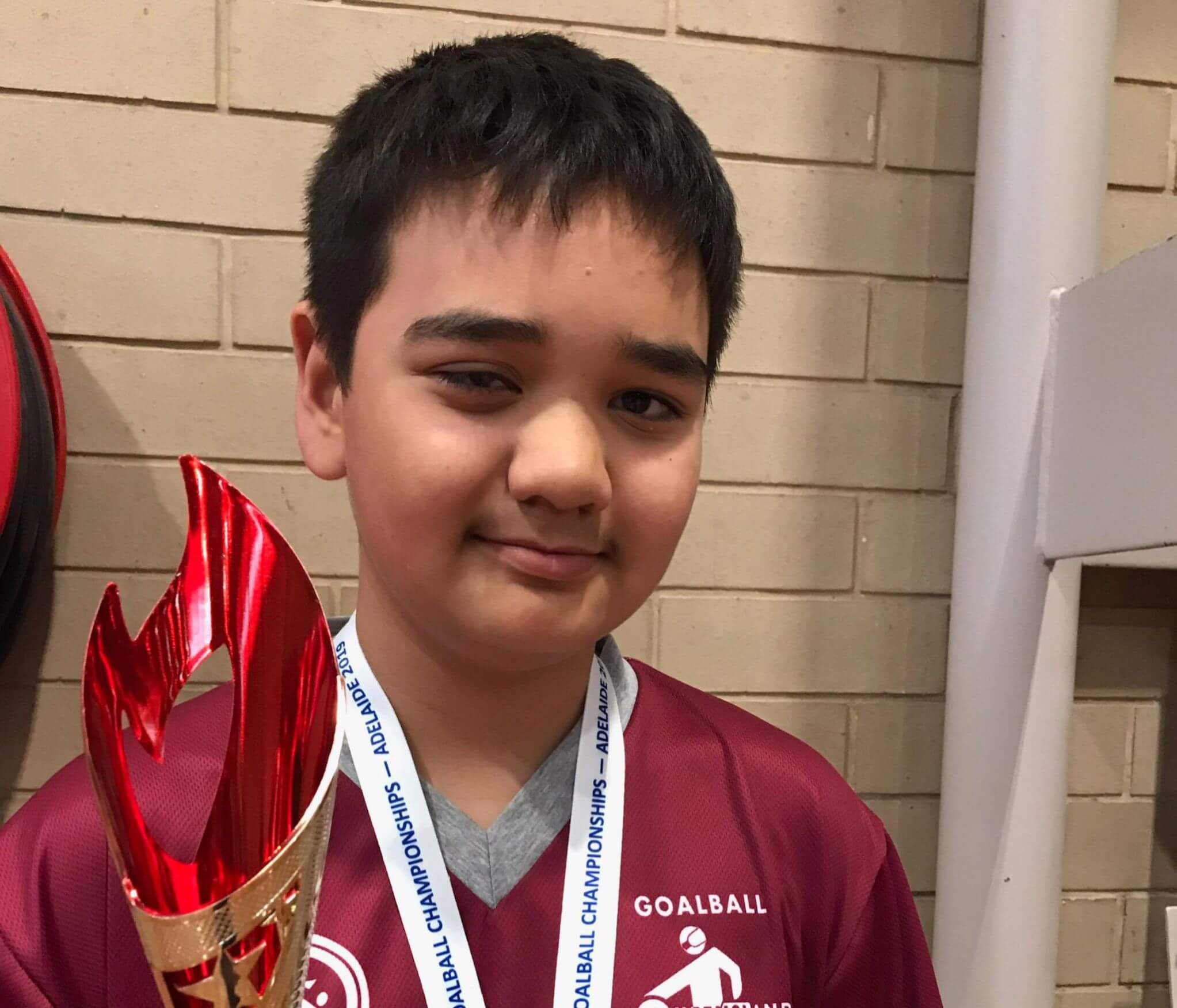 Currently enjoying his first year of high school, 12-year-old Mikhail, who has vision impairment, is learning to navigate his community and build his independence with the help of the National Disability Insurance Scheme (NDIS).

“With the NDIS my goal is to be more independent. The other thing is being able to get from A to B safely,” said Mikhail, who now works with an orientation and mobility specialist to learn how to safely travel to school and sport.

“Mikhail did orientation and mobility to learn his surroundings and how to get down to the bus safely. It means that he can get the bus on his own to school which makes the world of difference,” said Mikhail’s mum, Melissa.

Mikhail also utilises a device called Trekker Breeze, a handheld GPS device with speech output, which provides him additional information about his surroundings, such as upcoming street names, intersections and points of interest.

Mikhail loves his sport, and hopes that in time he will be able to safely get to and from his many training sessions and the occasional trip to the cinema.

“Going into high school Mikhail wants to be able to do the same things that his friends do. At 12 years old, he is learning those steps to independence,” said Melissa.

“Mikhail also has a condition that impacts his fine motor skills and gives him an action tremor. We are hoping to get an occupational therapist in to help Mikhail do things simply and safely around the kitchen,” she said.

In his spare time, Mikhail competes for his school in fencing and is a key member of the Queensland Junior Goalball team.

Goalball is a sport designed exclusively for athletes with vision impairment, created in 1946 in an effort to rehabilitate blind veterans from World War II.

“Goalball is my other main sport. You have to throw a ball from one end to the other to score, while you try to block the other team from scoring. There are three people on the field and you throw the ball like you would if you were bowling.”

In October, Mikhail will compete with his teammates for the national title in Adelaide, which he says is a great opportunity to connect with other young people with vision impairment.

“I have been going to Goalball Nationals for four years. It’s pretty cool because you meet people who are in the same situation as you. People there know every situation and how to handle it,” said Mikhail.

Melissa says the arrival of the NDIS has offered a greater range and flexibility of support to Mikhail.

“It has been fantastic. This has opened us up to a wide variety of supports. When we need people with specific knowledge we now know where to look for that assistance.

“Just to be able to ring someone up and say you have this specialised knowledge, we have this goal and now it is funded and we can go for it is awesome.”

Carers Queensland can support you to find out more about the NDIS, to apply for funding and to help you get started using your NDIS plan.

If you have a disability but are not eligible for the NDIS, Carers Queensland staff can also help you identify and link to options for support in your local community.