Nash is kicking goals thanks to the NDIS 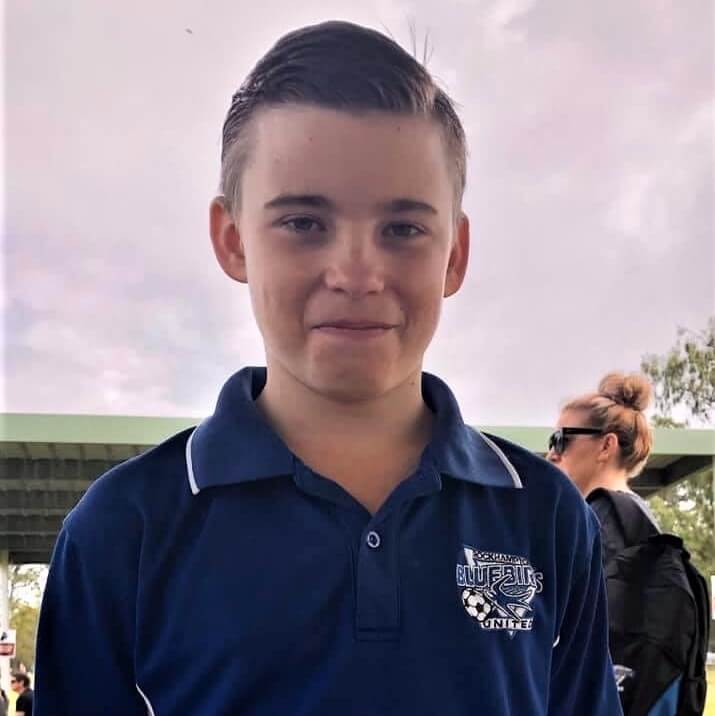 For Nash Johnson losing his vision hasn’t stopped him playing the sport he loves, as he adapts to new ways of playing soccer thanks to the National Disability Insurance Scheme (NDIS).

The Rockhampton 12-year-old works with a support worker to attend soccer training twice a week and Saturday game days, helping him gain more independence along the way.

Nash’s mum, Cresta, said when he began to lose vision two years ago and was eventually diagnosed with Leber's Hereditary Optic Neuropathy (LHON), Nash felt he lost a part of himself and his social network.

“Then a senior team player at his club took him under his wing to help him in the team to keep him positive and give him confidence that he can do this, and now he’s his support worker through the NDIS,” she said.

His club, the Bluebirds United Football Club, has introduced inclusive practises to enable Nash to continue to play competitively.

“The Bluebirds completely jumped on board straight away. They now have yellow soccer balls and yellow markers, where Nash has to figure out where the markers are and the ball coming towards him,” she said.

“He has also had to map the area he plays in; two fields, then up a hill and steps. It is at least a familiar place to him and everyone knows he is there.”

When he isn’t playing soccer, Nash’s support worker, Harry, also helps him at home and out and about, readying him for high school.

“He comes in to help Nash organise himself,” she said.

“He’s good at adapting to what we ask him to do, such as getting Nash confident to get on the bus for school and skills in the home, like cooking in the kitchen to be more independent.

“He looks up to Harry, seeing he is a male teaching independence skills at his home.”

Nash utilises technology to be able to confidently complete his homework.

“We have achieved a lot this year. Technology is so expensive but it helps him access everything a sighted person can,” she said.

“Everything has been adapted for him at school and at home. Nash uses an Apple pen to write his homework; his iPad has allowed him to integrate himself into the class so he can better participate and can easily email his homework through to his teacher.

“Noise-cancelling earphones are used so he can use his audiobooks and do his school work.

“He also has shoulder earphones to listen to things, like a recipe for his cooking, and they can link into google maps, so he will be able to hear orientation mobility to map and walk himself to soccer club with a support worker in the future.

“Nash also uses his iPad confidently to take photos of the restaurant menu using the app Office Lens, where you take the photo and can zoom in.”

Cresta said at home Nash has plenty of lights in his room as well as centre lights in his wardrobe enabling him more independence when choosing clothing.

Nash received assistance to apply for and implement his NDIS funding from Carers Queensland’s NDIS Local Area Coordination Partner in the Community Program for the Rockhampton region.

Cresta said accessing the NDIS has been brilliant for Nash and the family as it is helping him grow with confidence to function in the community by himself.

“We thought we’d be carers for the rest of our life, but we also saw our child was missing out on being himself,” she said.

“We couldn’t have given Nash the ability to grow into independence without the NDIS. He would have been left behind otherwise; now we have hope.”