NDIS is creating opportunities for Michael 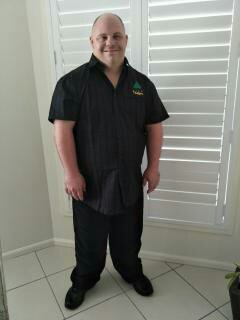 Brian and Janet have been excited about the opportunities the National Disability Insurance Scheme (NDIS) would create for their son, Michael, since they first heard about the NDIS. Michael is an aspiring barista who has Down syndrome, and the family has been waiting for a program that invests in his goals.

“The most important thing to us was that the NDIS would support Michael for the rest of his life. It’s always a concern of ours, what’s going to happen when we get too old. So when the NDIS was proposed, that’s what we wanted to know.” Brian said.

Janet continued, “It gives quality of life and supports people with a disability. It will also make it easier for people to get out in the community and achieve their goals.”

Michael is working towards his goals of leaving home, being more independent, and accessing the community. With his NDIS funding and his strong support network, he is building his skills, gaining work experience, and regularly getting out into the community.

Another aspect the family was thrilled about was the national scale of the NDIS, which means it is consistent across all states.

“We were happy with the idea. I was in the army so we moved a lot and Michael spent a lot of time moving interstate when he was younger. We were aware that each state did things differently,” Brian said.

“In one state Michael could get a lot of support and then we’d move to another state and we had no support. We saw the Scheme’s united approach as being an improvement.”

Janet added, “As the NDIS went along we saw great things happening to people, and ever greater improvements.”

“People with a disability are all different and unique and I think the NDIS has shown that since the roll out and we are experiencing the benefits now,” Brian said.

Michael is supported on his NDIS journey by Linda, a Local Area Coordinator at Carers Queensland, NDIS Partner in the Community Program for the Moreton Bay region.

Carers Queensland can support you to find out more about the NDIS, to apply for the scheme and to help you get started with your NDIS plan.

If you have a disability but are not eligible for the NDIS, Carers Queensland staff can also help you identify and link to options for support in your community.

Carers take a break
Carers Retreat
Back to News

We understand and value our local community.

Stay up-to-date with the latest news, events, and information.