No longer alone with the NDIS 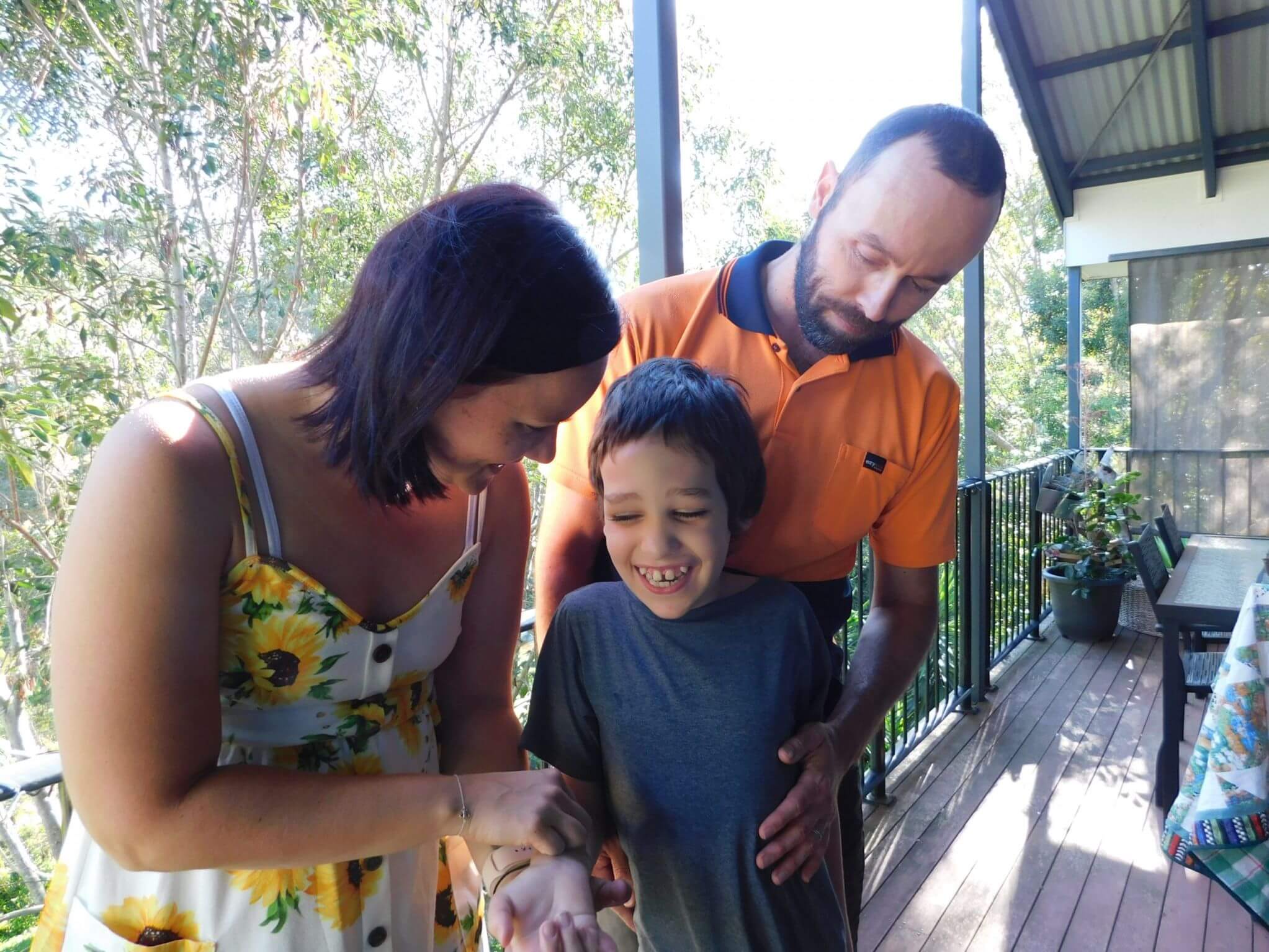 The whole process has increased their confidence and ability to advocate for Logan in a way they never dreamed possible.

“The biggest thing for us, with his condition being so rare, was we knew nothing about it and still are learning so much about it,” Hayley said.

“Logan’s very dependent on another person, he can’t be left alone. He has trouble feeding himself. If he saw food on the table, he’d just grab it and put too much in and choke,” she said.

“He has low muscle tone so if he doesn’t watch where he’s walking he trips a lot. We’ve had a lot of hospital visits with cuts and horrible accidents.

“And because of the way his muscle tone affects his swallowing, he can asphyxiate and end up back in hospital. So he needs a lot of support with feeding and a lot of help.”

Logan began receiving support through the NDIS in May this year, and since then, Hayley has been on a rapid learning curve, growing her knowledge of Phelan-McDermid Syndrome, the Scheme and the options available to help Logan on a day-to-day basis.

“When we first sat down to work out our plan, we just had goals that we wanted for Logan. Self-help, communication and getting out into the community were big ones for us, but I didn’t know how to break that down and understand what we really wanted out of that. I didn’t know anything we could access that could support him.

“We had no idea how much support we were going to have. He’s seeing a physio, a speech therapist, an occupational therapist (OT) and a psychologist – for us to have support to say ‘this isn’t working, maybe you can try this’, and find things that we don’t think of to help him out, that’s been massive for us.”

Incredibly, one of the support workers who now works with Logan and the family has a sister with the same syndrome.

“That has been amazing. She has set me up with Facebook pages and community groups all about Phelan-McDermid Syndrome, and I’ve met another family now who are moving up to Nambour soon.

“Since starting at the therapy centre, our OT has told us that she’s taking on another little boy that has the same syndrome and is the same age. And it’s just like, ‘oh, we’re not alone!’.”

Occupational therapists identified that Logan needed a safe seating system for feeding, to reduce the risk of him choking. This marked the start of preparing for the review of Logan’s NDIS plan. As new assessments are completed, new reports are being gathered and will contribute to a clearer picture of the support and requirements Logan has for his day-to-day life.

While this happens, Hayley is still able to use Logan’s existing funding for the support and therapies that he needs.

“We’ve got to sit down and see how far he’s come and how much further he’s got to go, and where we can put those supports in to help him get there.

“It’s exciting reassessing goals and going ‘oh wow, he can do this now, let’s see how much further we can get him to talking and feeding himself.

“He’s definitely a lot happier. All of his teachers and therapists have said the same thing. He’s so much more engaging with people and he’s just so happy.

“I feel more confident to ask for exactly what will help him. I was in tears every day, just frustrated that I couldn’t get any help and support, but now with having so many people around us, I feel a lot more confident.”

Sunshine Coast area locals who would like to find out more about the NDIS or attend an information session can contact Carers Queensland NDIS Local Area Coordination Partner in the Community on 07 5409 3300 or SunshineCoastLAC@carersqld.com.au or visit www.ndis.gov.au