Patrick is building on his swimming future with NDIS supports 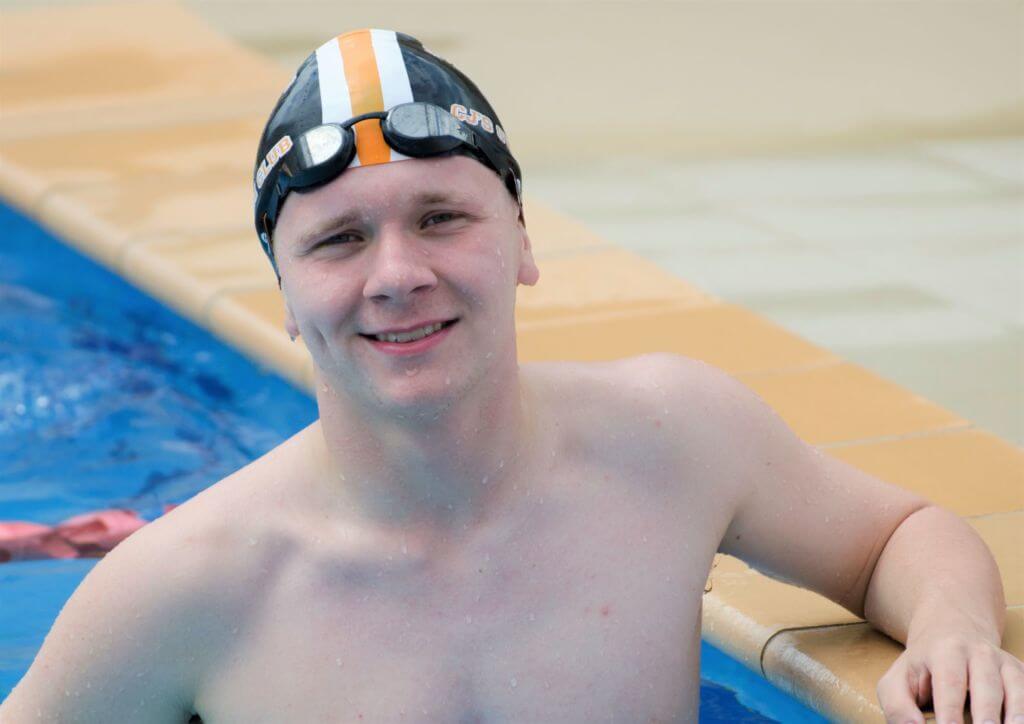 Swimmer Patrick O’Brien is on track to compete at the Paralympic games, thanks to the support he is receiving from the National Disability Insurance Scheme (NDIS).

Six days a week Patrick’s support worker takes him to swim training and fortnightly to competitions, readying him for swimming success in 2021 and beyond.

Mum Kate Jansons, said Patrick – who has autism and an intellectual disability – wouldn’t be able to swim without the support available from the NDIS.

“Most 17-year-olds you can drop off at events or get to things and not worry about stranger danger, but Patrick needs someone with him,” she said.

“His support worker takes him training, stays with him, if he’s competing he goes down marshalling with him, and reminds him to eat when there.”

Only five years ago, Patrick wasn’t even a swimmer, getting into the sport only after attending learn to swim lessons with the Special Olympics as a 12-year-old.

“We always wanted him to learn to swim; he has always loved the water but couldn’t swim,” she said.

“Then we heard about Special Olympics who help people get into sport.

“We saw learn to swim in Redlands so after a couple of lessons they then got him competing. Now he’s on his Paralympics pathway.”

Three years later, Patrick made it to Nationals and won three gold and one silver medal.

Patrick swims with Carina Leagues CJ's Swim Club, competing in the multiclass events from State to National level, and has won numerous medals along the way.

After making the top 10 in the World Paralympics trials in Brisbane in 2019, Patrick will swim at the Paralympic trials in Adelaide in June.

Patrick is now on the Paralympic Swimming Pathway with hopes to make the 2024 Paralympics in Paris.

“He’s a good sprinter in the 50 metres; at the 2020 Queensland Sprint Championships in March in the Open para event Patrick medalled in all four events – gold in the freestyle and backstroke, silver in butterfly and bronze in breaststroke,” Kate said.

“He loves swimming and competing; everyone he races are his friends as well. He also loves to watch and study programs on swimming too.

“Patrick would like to make it to the Paralympics through hard work and training in the next few years to reach the team for 2024 and beyond.”

When he’s not in the pool, Patrick is planning his education and job prospects after he finishes school.

Patrick recently accessed the Jigsaw program at Mount Gravatt TAFE through his school, learning skills to get paid employment in the future.

“In Term 4, Patrick also went to Donaldson Enterprises in Lytton with a support worker, where he was teamed up with another worker in the warehouse packing boxes and packages for stores.

“It is important that he can find work to have something to do during the week when he leaves school. And if he gets sponsorship in swimming he’ll also get a bit of a wage to cover living costs.”

Patrick has an active lifestyle – he also takes part in athletics and cross country, as well as jumping on his trampoline for hours.

“The NDIS has been great at getting him to therapies and into his things, like being able to compete and to keep him safe,” she said.

“Patrick struggles with speech, which can be a barrier for him communicating with people and his coaches. So it is important he goes to speech therapy; and he is slowly getting better.

“His psychologist also wants to get him into equine therapy to help him with his communication, which we are hoping to start soon.”

Patrick received assistance to apply for and implement his NDIS funding from Carers Queensland’s NDIS Local Area Coordination Partner in the Community Program for the Brisbane region.