Home/Posts/NDIS, News/Rhys builds on his fitness goals with the NDIS

Rhys builds on his fitness goals with the NDIS

Rhys only began competing in triathlons this year, but he is continuing to build on his strength and nutritional knowledge with the help of National Disability Insurance Scheme (NDIS) supports.

Four days a week, the 45-year-old from Margate – who is quadriplegic – works with an exercise physiologist with cycling and weights.

Rhys said he decided to start getting fit when Covid restrictions began, and he thought it was the perfect opportunity to start focusing on himself, eventually working towards competing in three triathlons this year, and hopefully even more in 2022.

“I started going to the gym with my exercise physiologist who got me moving,” Rhys said.

“We got up to two days a week at the gym but I didn’t want to go to three, because it could get boring, so I thought, what are we going to do? We added some cardio and just pushing in my day chair, but then we wanted to get faster than that.

“My exercise physiologist then asked me if I wanted to do the Moreton Bay Triathlon, but we only had three months to train for that; I did the cycle and that took just under three hours to do.”

Rhys said he soon set his next goal to do the Noosa Triathlon and then added another Moreton Bay Triathlon, knocking off 40 minutes from his original time. 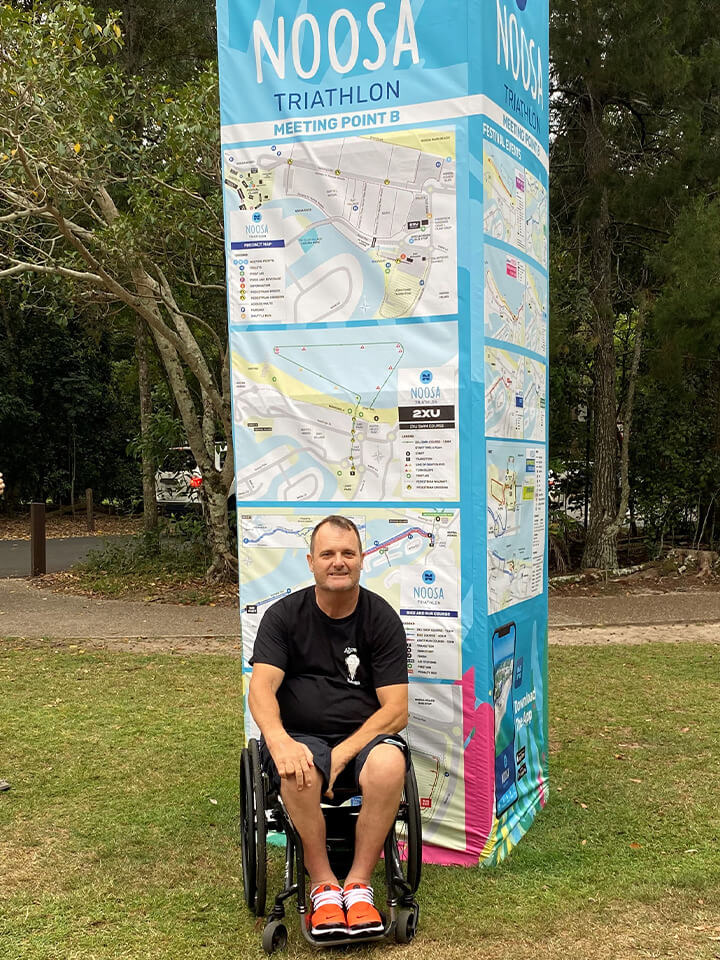 “For this year’s Noosa Triathlon I did the hand cycle part of it, which is 40 kilometres, and it took me around two hours and 40 minutes; I really want to get that down to two hours,” he said.

Rhys said accessing these supports is helping him to lose weight.

“At the beginning of my fitness journey I had six sessions with a nutritionist which really gave me a good understanding and good balance on what has changed as I am older now and how to keep my weight down,” he said.

“I was 105 kilograms and now I’m back to 95 kilograms, which is about the weight I was before my accident; my goal is to definitely fall inside the 80s.”

Rhys said his mental health has improved greatly since accessing the NDIS.

“For many years I was sort of lost, but then I got NDIS funding allowing me to access an exercise physiologist over the last 12 months, who has become a good friend,” he said.

“It took me from a place of not really knowing where to reach out to and not really knowing what I wanted to do, and then as I set my goals and I achieved them and they set their goals around you. They get excited and they get enthusiastic as much as I am. I guess I’ve created myself a little bit of a team.” 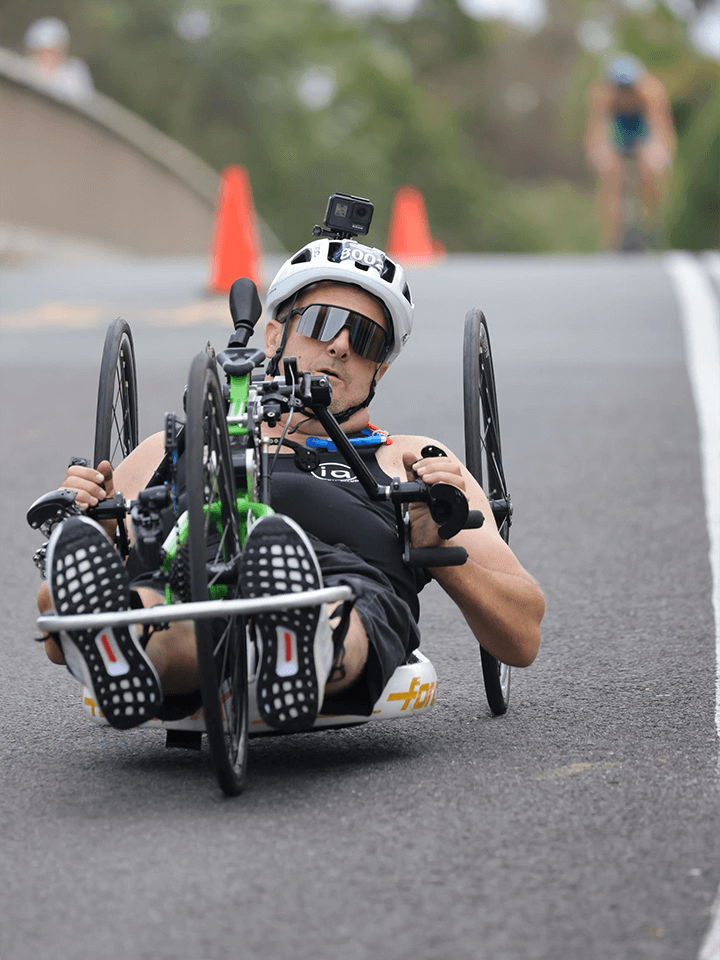 “All this base fitness that I'm setting up is the foundation I need to be able to go down and enjoy something like that; then I just get in contact with disabled winter sports and organise them to help me set up and hire the gear off them,” he said.

“I’d love to go to Thredbo or Perisher, because I used to do all that snowboarding back in the day.”

Rhys received assistance to apply for and implement his NDIS funding from Carers Queensland’s NDIS Local Area Coordination Partner in the Community Program for the Moreton Bay region.

Rhys said the NDIS and Carers Queensland has helped him achieve his goals.

“I could use the word revolution; a hundred percent turnaround. I just feel that at the moment,” he said.

“It's been massive this year and being able to call on my exercise physiotherapist, we have achieved a lot of goals.”