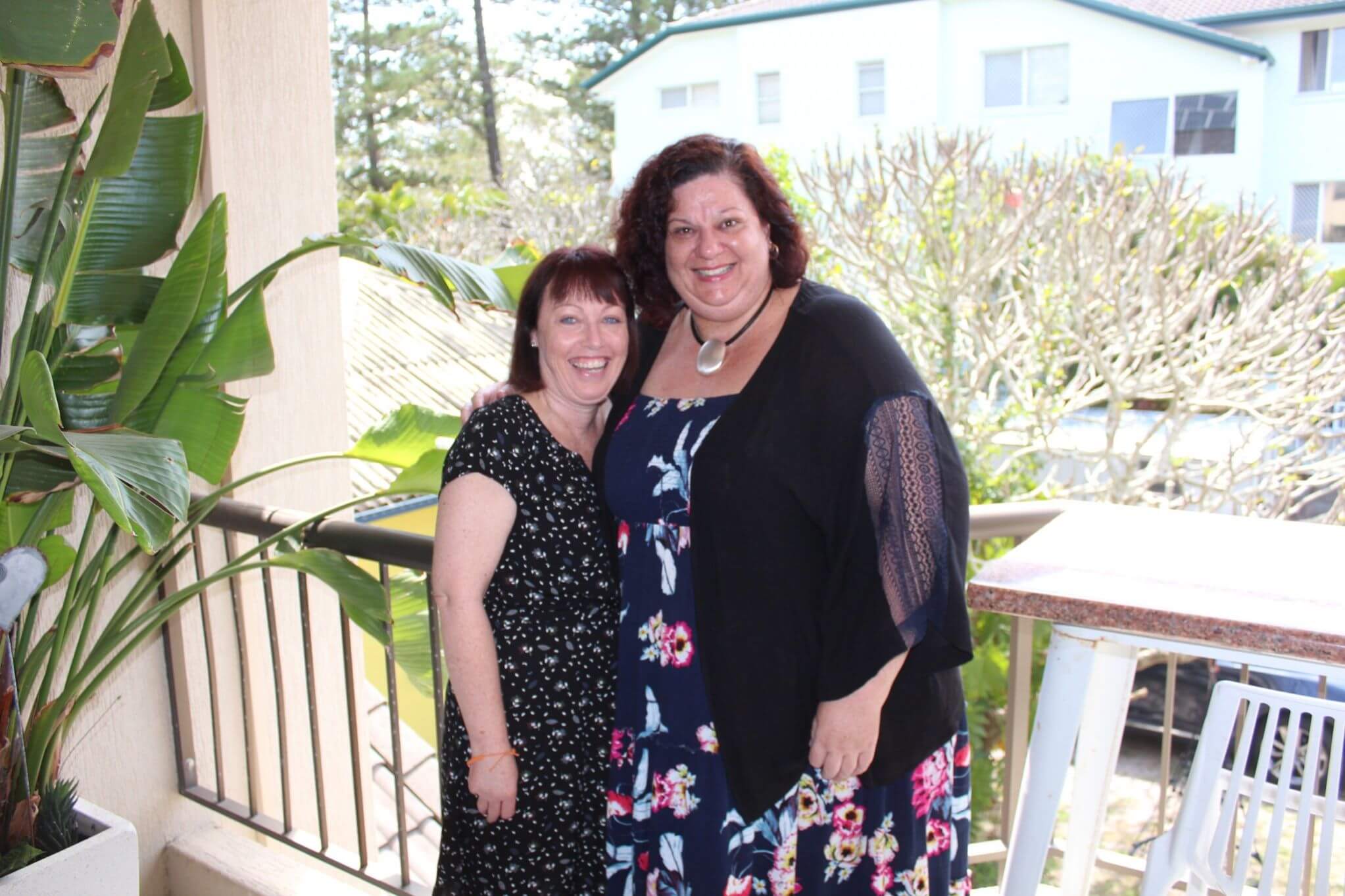 For Ipswich carers Jody and Sylvia, a mid-week break in Mermaid Beach meant the chance to have an uninterrupted shower and a sleep in.

Jody is the mother of a fifteen-year-old boy with autism and ADHD, while Sylvia cares for her thirteen-year-old son with cerebral palsy, epilepsy, Klippel–Trénaunay syndrome (KTS), and mild to moderate intellectual impairment.

An initiative venture between Carers Queensland and Airbnb hosts, gave the pair the chance to take a well deserved coastal break in early October.

“We both come from busy households full of boys, so that can be very noisy. It’s been so peaceful here. Just to be able to have a shower without being interrupted or a sleep in without having someone opening my eye lids and saying are you awake is amazing,” said Sylvia.

“Even just to be able to go to the bathroom on my own,” said Jody.

Given their hectic schedules and the complexity of the needs of those they care for, Sylvia said taking a break from responsibilities is a very rare and difficult thing to do.

“Any sort of personal needs are put to the end of the list so a break like this is almost entirely out of the question,” she said.

Jody said the break was a chance to recharge the batteries and focus on self-care.

“Your brain never switches off, even when you are trying to sleep you are thinking of things that you need to do, or ways to help your child.”

“You can feel split between everyone. You need to be there for your child with a disability, your other children, and your husband. You forget about yourself.

Once you slice of a bit for everyone there’s nothing left,” said Jody.

Once relaxing in to their new digs, a beautifully decorated two-bedroom unit just a few hundred metres from the golden sand of Mermaid Beach, Jody and Sylvia took the opportunity to check out the Gold Coast’s shopping scene.

“Today we are going to Pacific Fair which we are very excited about and possibly to see a movie. These might seem like small things to others but to us they mean so much,” said Sylvia

The friends from Ipswich said they hope more Airbnb hosts will take the opportunity to welcome carers into their properties for short breaks like theirs.

“It’s just an amazing feeling for us,” said Sylvia.

“This is an amazing opportunity to recharge a little bit, quieten the mind and prepare yourself for the next thing to come.”

“Being a carer can be quite isolating so it’s important to stay connected; we are so grateful,” she said.