Steve chooses his own adventure with the NDIS 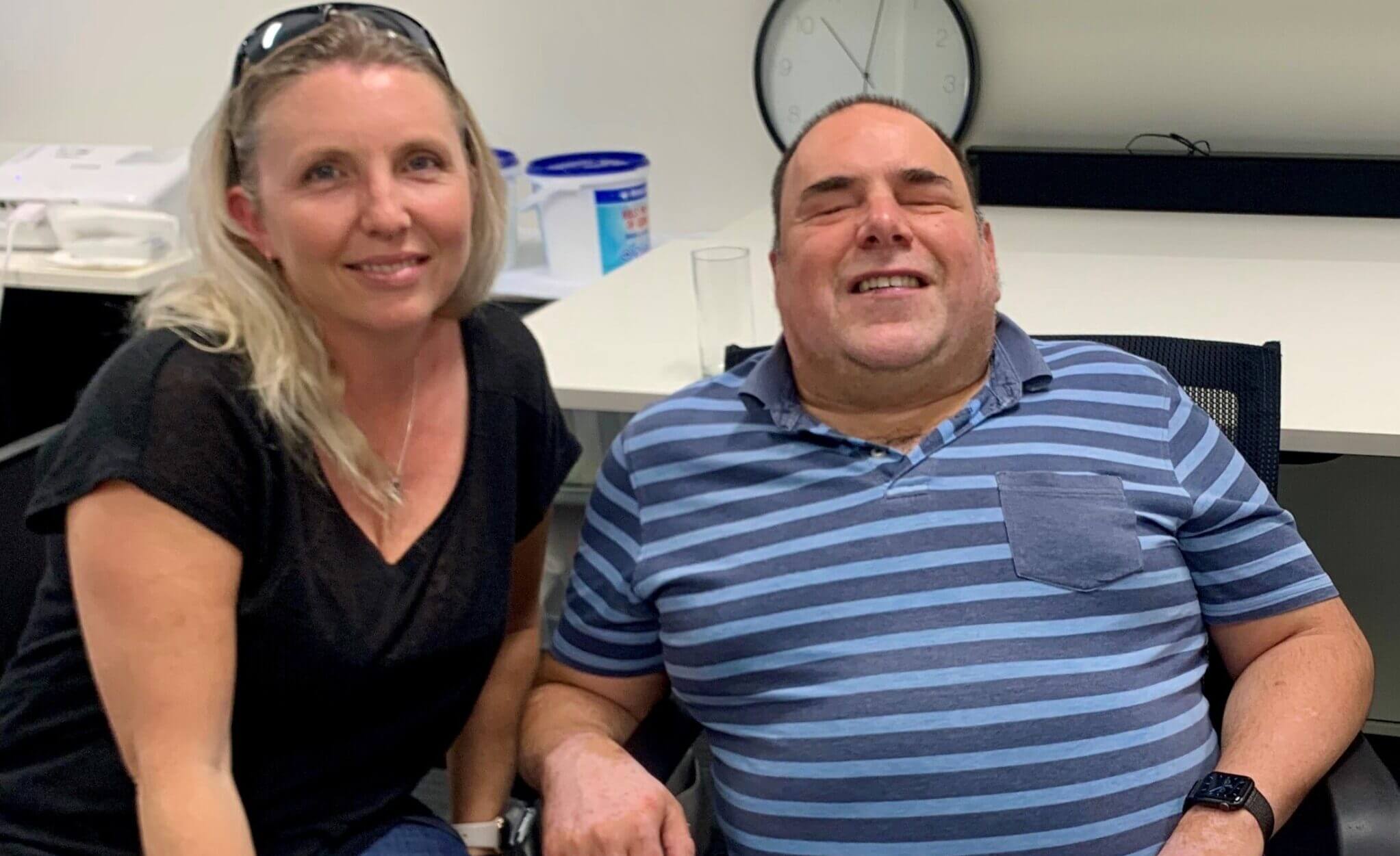 The 47-year-old Sunnybank local, who is vision impaired, is using his support worker to take part in fun activities and access locations he previously found difficult to do on his own.

“I wanted to try and do more adventurous things with my life and get out and about into the community more,” Steve said.

“To try new things like parasailing; things I didn’t have access to, as those locations often aren’t near public transport or those owners don’t want to take responsibility for you.

“I have done parasailing on the Gold Coast (The Spit) and I’d like to do it again. I’ve got a bone condition as well, so it’s the closest I will get to sky diving.”

Steve said having a close relationship with his support worker, Michelle, is important.

“It is so good to have someone there to support me with travelling. There is a trust with someone like Michelle.”

During the week, Steve and his support worker go shopping, walking and even play music together.

“We enjoy quiet walks and just chatting. She’s basically willing to support me in whatever I want to do,” he said.

“I’m a musician and Michelle used to be a performer. During COVID restrictions it was just us hanging out and you couldn’t go out to see shows, so we’d just jam.

“I’d play songs and she’d sing along, which was another thing that drew us together, the common interest in music.”

Steve’s love of music is also shown in his 27 years in radio as an audio engineer.

“I work at 4RPH Community Radio Station, starting out there as a volunteer in 1993 while I was training for audio,” he said.

“Now I’m a paid member of staff and have been for the last three or four years doing a couple of days a week there as an audio engineer.

“I produce audio, programs, I help people with voice overs and produce promos.”

Steve uses screen readers and other workplace modifications such as a braille display, which acts like a word processor to write up scripts and read them back in audio, to help do his job.

Steve received assistance to apply for and implement his NDIS funding from Carers Queensland’s NDIS Local Area Coordination Partner in the Community Program for the Brisbane region.

Since accessing the NDIS, Steve said his life “has improved 100 per cent.”

“I don’t have the pressure of trying to muddle through everything on my own now,” he said.

“It is day-to-day stuff in my life. I’m not worried anymore to muddle through or rely on my parents who are getting older. The NDIS is helping me do that.”