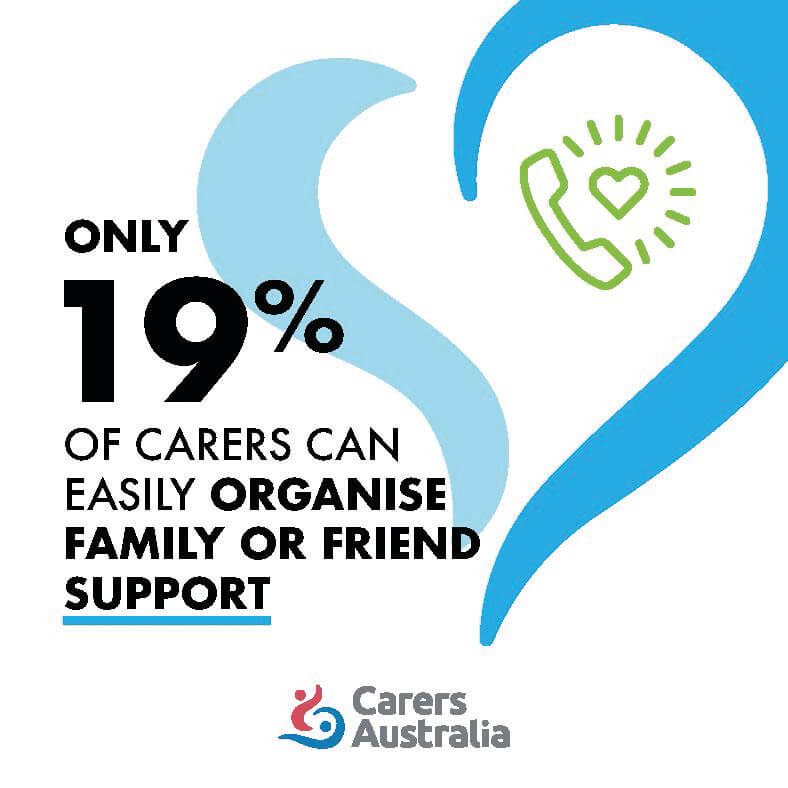 Recent outcomes from a survey conducted by Carers Australia and the University of Canberra identified that unpaid carers are lonelier, in poorer physical and mental health, and are less likely to be employed compared to the average Australian.

The first National Carer Wellbeing Survey, released as part of National Carers Week 2021, found that Australia’s 2.65 million unpaid carers are two and a half times more likely to have low wellbeing, and much higher psychological distress, compared to the average Australian.

Carers Australia CEO, Liz Callaghan, said, “It is distressing to see the impact caring can have on a person. The caring role can be a rewarding one but is often so demanding.”

Previous research tells us that carers provided 2.2 billion hours of care in 2020, with a replacement value of $77.9 billion annually.

“However, we also know that the onset of the COVID-19 pandemic has resulted in an increase in the quantity and intensity of unpaid care being provided, which would only amplify the ill-effects identified in this new research,” said Ms Callaghan.

The survey results also found that only 19 per cent of carers could easily organise family or friend support, and almost 45 per cent of carers believe their caring responsibilities regularly impact their relationship with their families and friends.

“While the majority of carers identify caring as a positive experience, this research shows that caring can impact all aspects of a person’s life; from the way they engage with the community to how they access support services,” said Ms Callaghan. 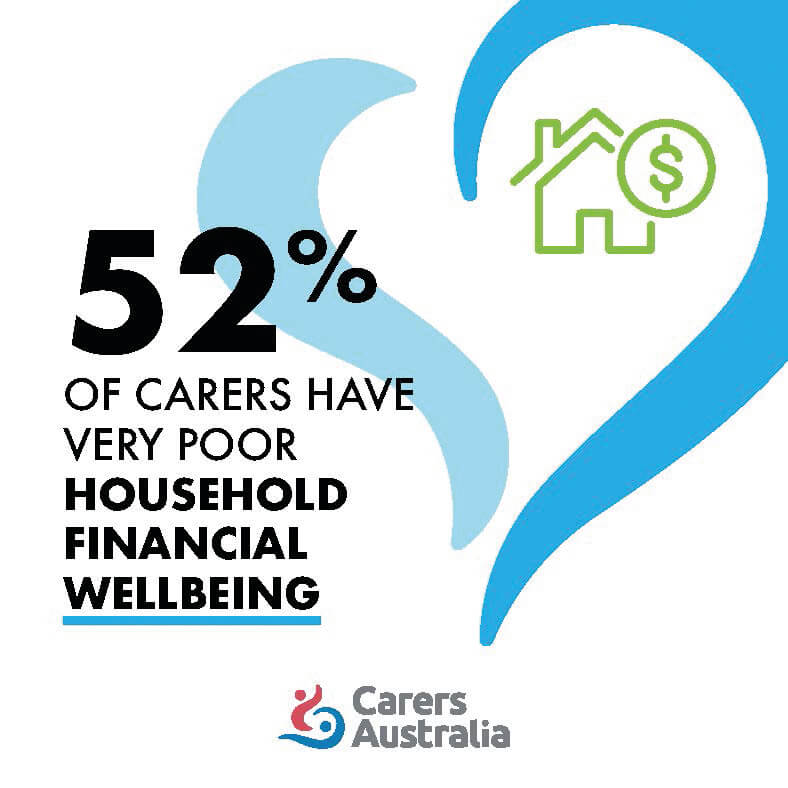 Key findings from the survey about carer wellbeing and outcomes include:

“The role of carers is interwoven in the health, disability, mental health and aged care sectors. It is crucial that carers are able to access support and services at a local, state and federal level,” said
Ms Callaghan. 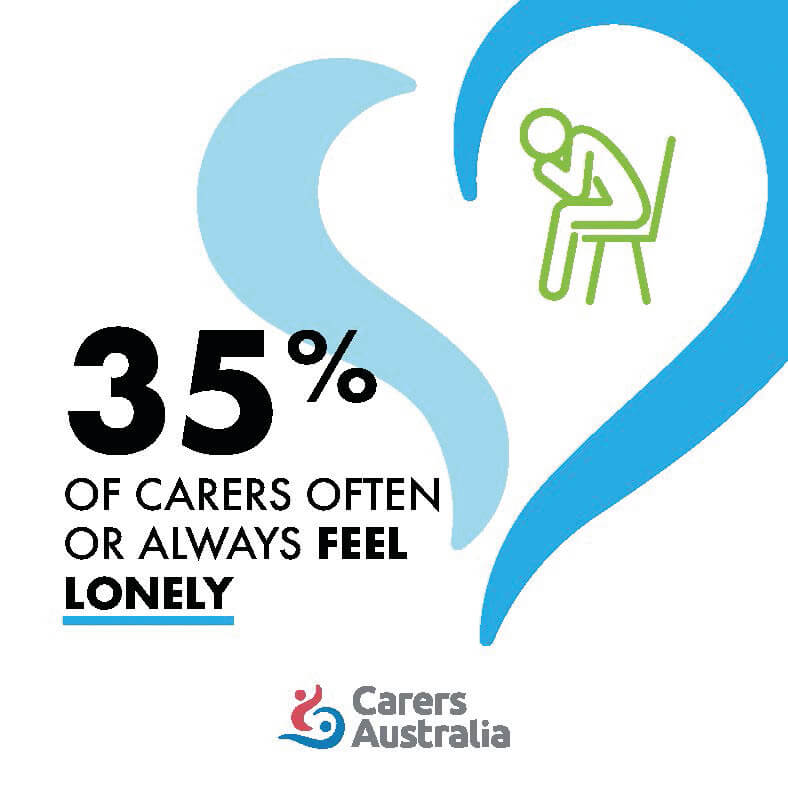 Encouragingly, the Federal Government has undertaken extensive work to address the systemic issues carers face when accessing supports and services.

The Carer Gateway provides information and advice on the in-person and online supports available to carers across Australia, and has a great range of services, including respite. To find out more, and to access online support services, head to carergateway. gov.au or call 1800 422 737.

The National Carer Network have also implemented a range of community-based services to support carers during the pandemic.

“This year’s National Carers Week theme, ‘Millions of Reasons to Care’, is a challenge to all Australians to increase their understanding about caring and how they can make a difference to the lives of carers,” said Ms Callaghan.

“We want the wellbeing of carers to be a responsibility shared by all Australians. Carers need the ongoing support of all Australians – from government to businesses, classrooms to families, and medical professionals to communities.”