Home/Posts/News/Twins cooking up a storm

Twins cooking up a storm 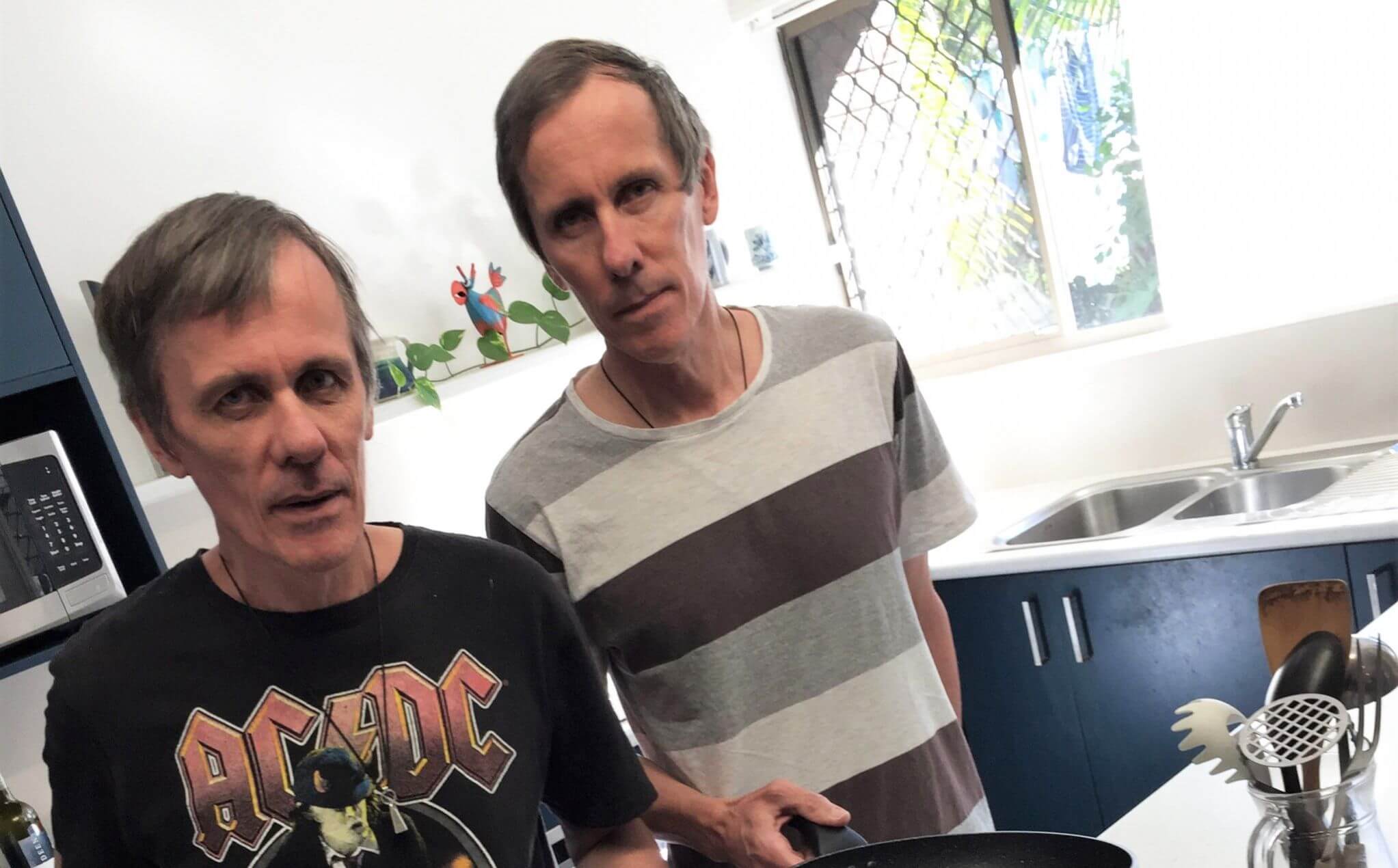 Watch out Jamie Oliver – twins Sean and Bruce Flynn may be after your cooking crown.

The Cleveland locals have been cooking up a storm since they began classes in August last year thanks to the National Disability Insurance Scheme (NDIS).

Using their NDIS plan, their goal of learning to cook has seen them become more social and develop friendships along the way.

Every week Sean and Bruce, who have Fragile X syndrome, attend classes familiarising themselves in the kitchen and cooking hearty meals, with their mum Barbara reaping the benefits.

“It’s a lovely surprise each week having the boys come home with a meal they cooked themselves,” Barbara said.

She said her son Sean is often non-verbal and unwilling to speak unless necessary, however, after every cooking class he is excited to share his story.

The brothers also brush up on their cooking skills by borrowing books from their local library.

When they aren’t cooking, Sean and Bruce can be found going out with an NDIS-funded support worker and a group of friends to South Bank, and recently attended the Queensland Museum.

“They are so much more social now and making new friends thanks to the NDIS.”

Sean and Bruce received assistance to apply for and implement their NDIS plan from Carers Queensland’s NDIS Local Area Coordination Partner in the Community Program for the Beenleigh region, at their Capalaba office.

Barbara said it has been an exciting and positive experience since accessing the NDIS.

“You’ve got to do it for the kids, there is so much support there to help them help themselves.”

Carers Queensland can support you to find out more about the NDIS, to apply for the scheme and to help you get started with your NDIS plan.

If you’re not eligible for the NDIS, Carers Queensland can also help you identify and link to options in your community.

To find out more about how the NDIS Local Area Coordinator program can work for you, visit Carer’s Queensland’s Capalaba office at 2/8 Dollery Road, Capalaba or call 3565 8600.