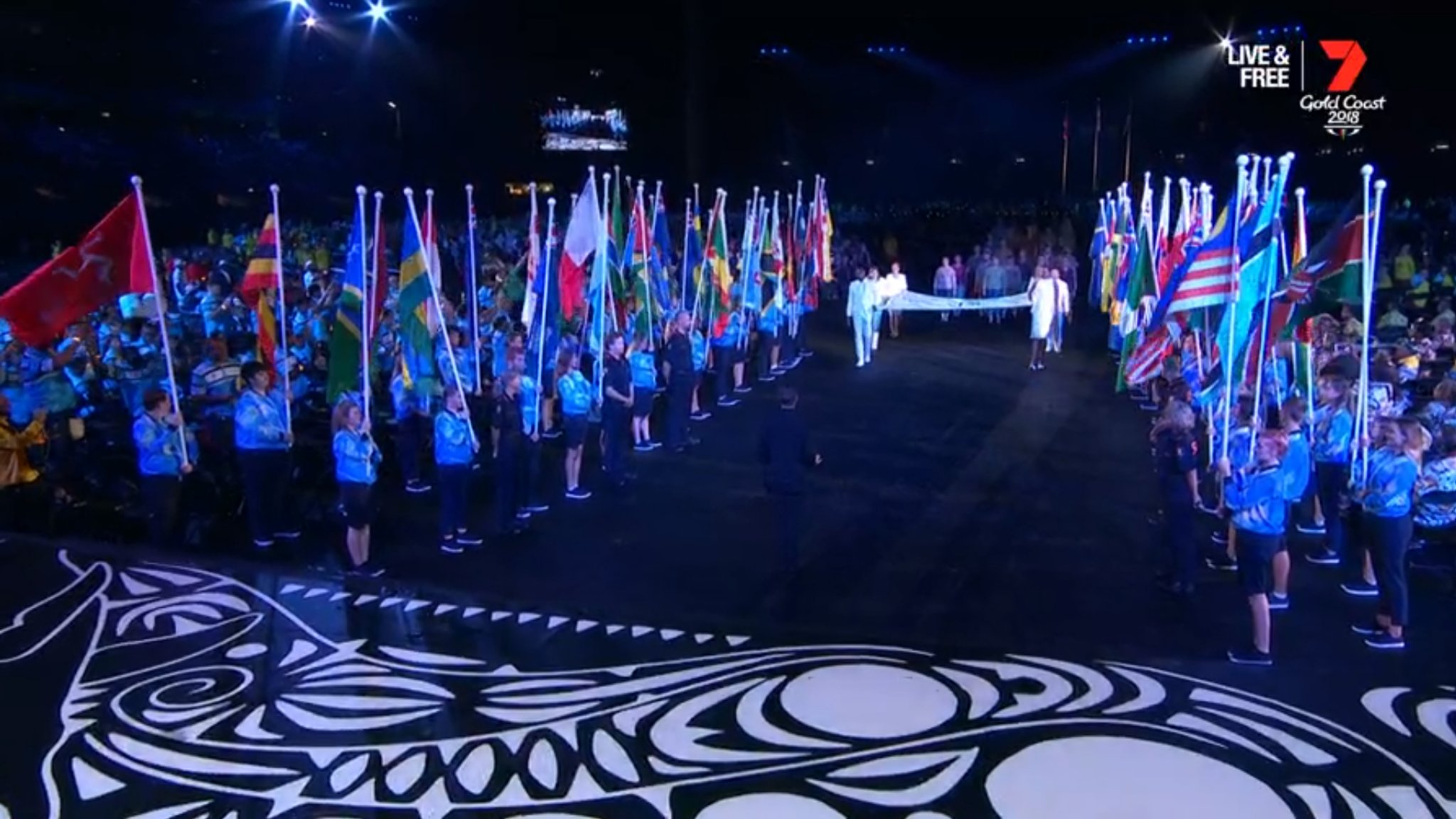 Tuppence, 23, has faced many challenges in life.

She was only 17 and in her final week of high school when her father had a stroke and she had to care for him. Later on, she also cared for her grandfather.

As a young person, being a carer for five years and facing the complexities of that role made it hard for her to imagine a ‘normal’ life back then.

Today her reality is totally different.

Tuppence was one of the 55 young carers who participated at the Opening Ceremony of the Gold Coast Commonwealth Games that was held last night at the Carrara Stadium.

Acting as flag keepers, representing Carers Queensland and more than 272,000 young carers across Australia, they received the flags from the athletes, carried them for the last quarter of the parade of nations and took part of the Guard of Honour until they made it to the flag poles.

Jim Toohey, President of Carers Queensland said it was wonderful to see the group of young carers marching into the Carrara Stadium along with the 6,600 athletes from 71 nations during the ceremony.

“We are very proud of our young carers for the work they have done and for being entrusted with the privilege of carrying the athlete’s national flags,” Mr Toohey said.

After two months of ongoing eight hour rehearsals, plus working full time as a Registered Nurse, Tuppence says this has been a once in a lifetime experience.

‘It´s been a really amazing experience to be part of this, to be able to represent young carers. These are people who sacrifice their youth to a degree, to care for a family member or a friend,” she said.

“It’s a great opportunity to raise awareness within our community and do what we can do to bring light to it.

“The work that carers do should be commended and applauded. We can bring their stories to life and also show the amazing people they are caring for too,” she added.

They all provide unpaid support to family members or friends who have a disability, mental illness, chronic or terminal condition, or who are frail aged.

Tuppence came to Carers Queensland through her father in 2011 and it will be four years in August since he passed away.

‘My caring role was very challenging. It involved a lot of emotional support. I don’t regret it. I would do anything for my family but it’s quite a big change for a 17 year old.”

“Being part of Carers Queensland’s Young Carers Support Group was really good. You get to be with likeminded people who understand the troubles and challenges you are facing; you normalise your experience by sharing it with others who are going through the same situation,” she said.

We would like to say thank you to Nerang State High School and Yallburru who also participated as flag keepers in the ceremony, along with the complement of young carers.