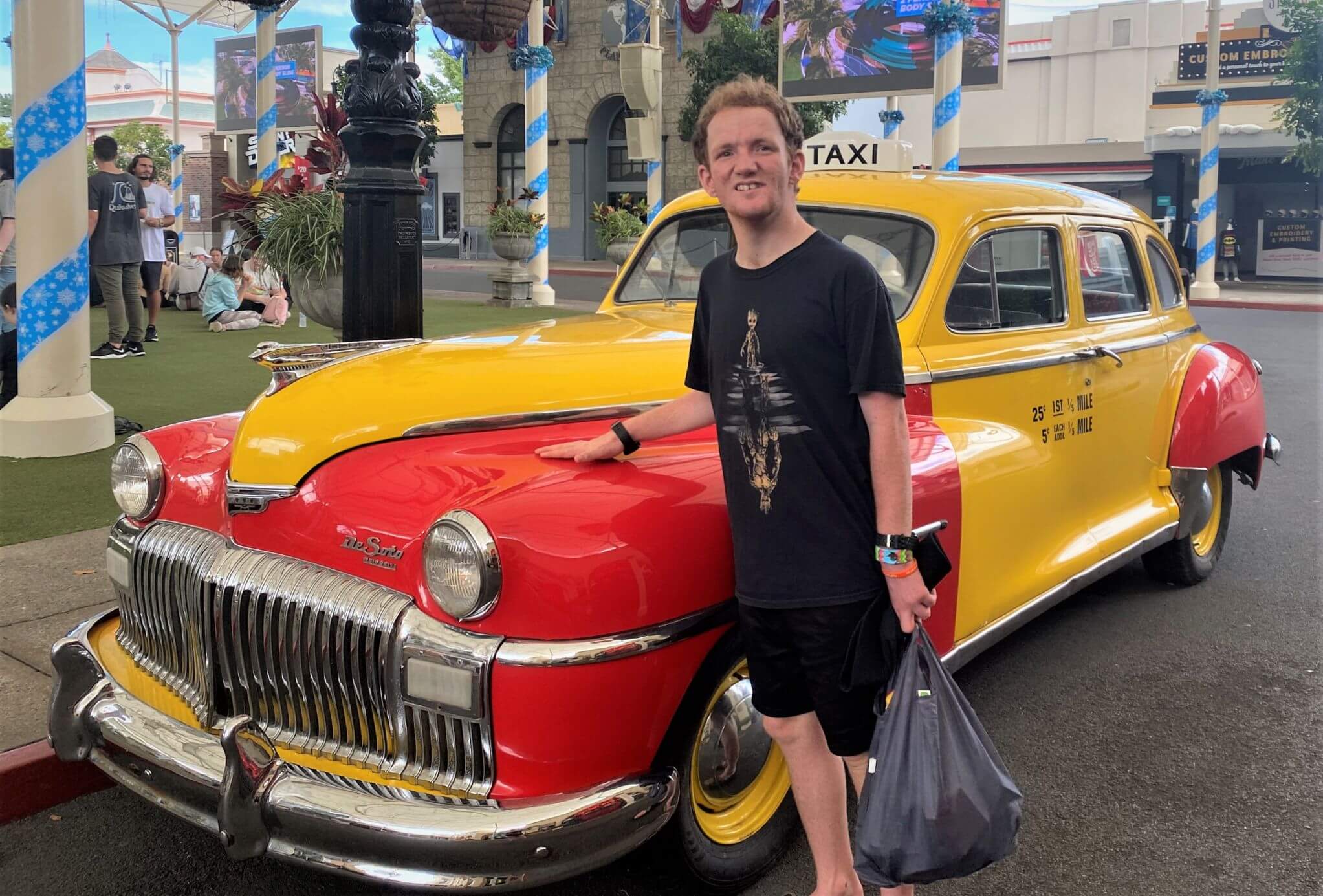 Cael is thriving in his own environment and on his own terms, accessing therapies to help with his communication and independence goals.

The 21-year-old from Mansfield – who has a profound intellectual disability – is using his National Disability Insurance Scheme (NDIS) supports to access speech and occupational therapists to build independence and learn how to catch trains, visit parks and beaches, and go to shops and museums.

Cael’s mum, Ruth, said he is exercising his choice and control over what he wants to do while also developing his independence as a young adult.

“Cael accesses therapy coaches to get to those milestones for two or five hours on a Saturday in a more natural environment,” Ruth said.

“Cael’s occupational therapist sees him probably every second or third Sunday for the afternoon, where they go on great adventures.”

Cael is also working towards his goal of moving out into his own home with a friend.

Cael is currently in a housemates program where he spends three nights in a house with support workers and four boys. 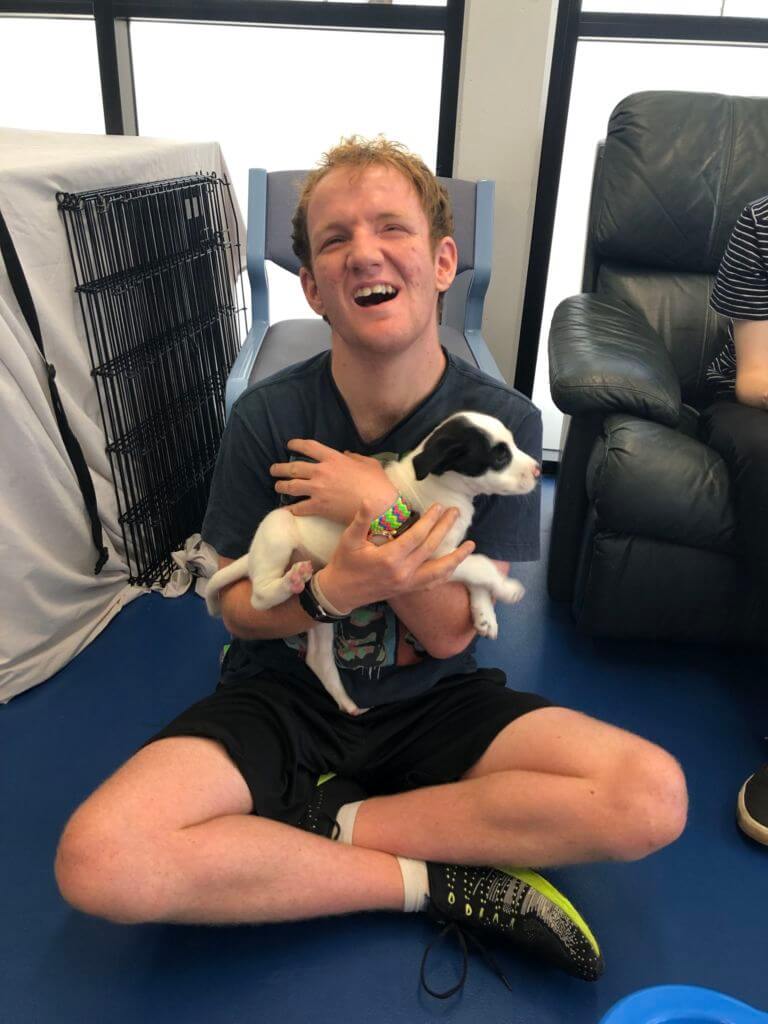 “Both Cael and his friend have one-on-one supports, so I think it will be one-to-two (support workers) overnight as Cael still needs help with personal care,” Ruth said.

“Cael’s augmentative and alternative communication (AAC) has become an important tool to help him communicate with people who don't know him as he doesn’t always have mum to back him up,” explained Ruth.

Ruth said having NDIS support has made a big difference to her family and for Cael.

“I was happy to work my guts off and spend every cent I had on therapy, but I never considered myself as needing a break or somebody to do the jobs that I was doing for Cael,” Ruth said.

“The NDIS has meant that I'm actually allowed to be more of a mum.”