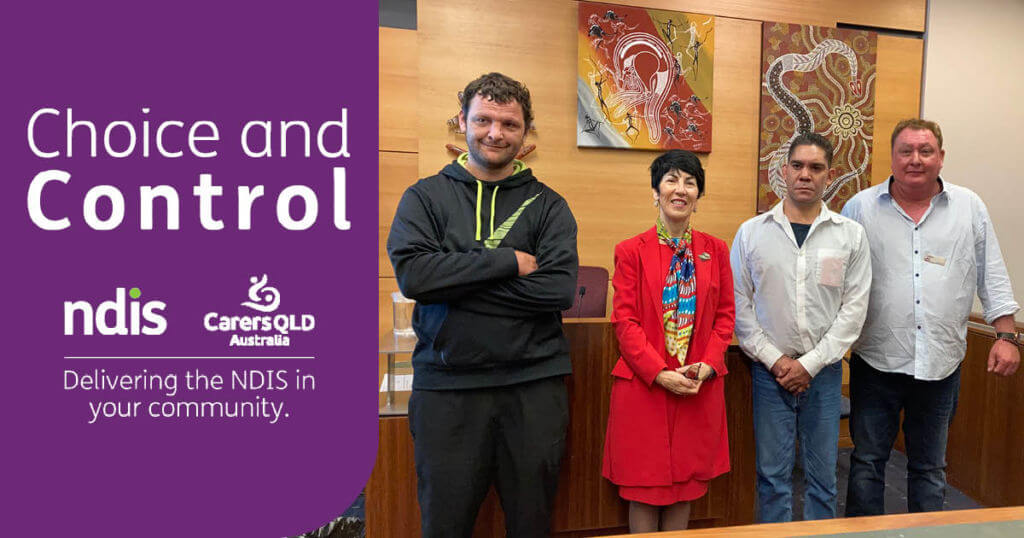 Carers Queensland, NDIS Local Area Coordination Partner in the Community, is working alongside the National Disability Insurance Agency to support Aboriginal and Torres Strait Islander people involved with the Murri Court, and connect them with the NDIS.

Carers Queensland has supported nine participants to access the NDIS – and more than 18 months since the process began, not a single one has re-offended.

Magistrate Tina Previtera says it's a great result, since statistically 76 per cent of adult Aboriginal and Torres Strait Islander offenders who serve terms of imprisonment will re-offend within two years of their release from custody.

Marshall was the first person from Murri Court who Carers Queensland supported to access the NDIS, and he says he'd be lost without it.  He has acquired brain injury, and uses his NDIS plan for support with daily living and transport, as well as attending regular Yarning Circles to catch up with other men who've been through similar circumstances.

Uncle Steve Watson is a Mununjali, Wanggeriburra, Birri Gubba and Gangalu man who sits on the Murri Court as a Respected Person, acting as a communication conduit between his people fronting Murri Court and the magistrate.

In the two and a half years he has been with the Murri Court, Steve says he realised some people presenting before the court have disability which has gone unnoticed and undiagnosed.

“Since the NDIS have been involved with Carers Queensland, it's really captured a lot of our people who need that extra support to help them with the basic things in life,” Uncle Steve said.

00:01 Carers Queensland announcement: Getting started with your first National Disability Insurance Scheme plan? Get off to a strong start with Carers Queensland's free workshop Using Your NDIS Plan. Learn how to use your funding, work with service providers and use the myplace portal. Find out more, check for events coming up near you, and book your spot online at carersqld.com.au. You can also call us on 1300 999 636.

00:34 Voiceover: Choice and Control: a podcast celebrating people with disability, brought to you by Carers Queensland, NDIS Local Area Coordination Partner in the Community.

Carers Queensland is working alongside the National Disability Insurance Agency to support Aboriginal and Torres Strait Islander people involved with the Murri Court, and to connect them with the NDIS.  Tina Previtera is the Murri Court Magistrate in Brisbane and Richlands. She's been working alongside Colin from Carers Queensland's Local Area Coordination Partner in the Community team, and she says his work is making a difference for people who need a hand to access the NDIS.

01:13 Magistrate Tina Previtera: Colin has managed to get nine of the Brisbane Murri Court participants onto NDIS packages, and of those nine not a single one of them has re-offended.  Two of them are, in fact, they've been on the packages for more than 12 months.  Ordinarily you would expect people to re-offend within two years, and in fact, 86% of Aboriginal and Torres Strait Islander people who go into custody do re-offend within two years. So the idea that these people haven't re-offended is extraordinary. So that's the sort of thing that NDIS can do, and our concern is that, you know, there are so many people who should be on it that aren't on it because a lot of these brain injuries are invisible.

02:12 Fiona Stutz: And so what would you say are the benefits of this continuing in the Murri Court?

02:16 Tina: Oh, it's absolutely crucial. It's absolutely crucial.  Without this support we of course wouldn't be able to get them on packages because Colin has the magic touch.  And, well, the fact that they're not re-offending, I mean, that’s extraordinary.  It’s definitely, definitely working and it would be a tragedy if the service wasn't able to continue coming to the court.  Of all the service providers who've come to the court. Carers Queensland has probably made the biggest visible impact.

02:51 Voiceover: Tina Previtera says as well as the high rates of re-offending, it can cost up to $250,000 a year to house a prisoner. But once someone's getting the support they need through the NDIS, everyone benefits: their family, their community, and of course the individual.  Marshall was the first Murri Court participant to access the NDIS. He has an acquired brain injury and says he didn't know anything about the Scheme until he connected with Carers Queensland.

03:19 Marshall:  I’d be lost without the NDIS. I met Colin at court, yeah.  He told me what it was about and I told him what had happened to me, and he helped me get on it.  I get cleaning services, a support worker to go to appointments and stuff, go for drives to Mt Tambourine and stuff like that.  I go swimming every Sunday, I need it for my injuries that I've got. I'm recovering from a lot of injuries.

The doctor reckons because I lost so much blood, reckons I’ve got a brain injury from it.  I’ve got a problem with getting on transport.  I freak out, I get overwhelmed and just can’t handle lots of people.  But it’s not too bad at the Yarning Circle because everyone there, everybody tells their story and what's happened to them and how they’re getting better and stuff like that.  Everyone will discuss their problems, and it’ll go from person to person around the room. The good thing is that everyone gets together and we have something to eat and talk about what we've been through.

04:49 Fiona:  And what do you like about your support worker?

04:53 Marshall:  They take me to appointments and make sure everything's, like, I’m alright.  That type of thing.

05:04 Marshall:  Yeah.  It’s helped me because I didn't know anything about NDIS, and I think a lot of people don't know much about it either, what services they provide and all that type of thing.

05:20: Uncle Steve Watson:  My name is Steve Watson, and I’m a Mununjali, Wanggeriburra, Birri Gubba and Gangalu man, and I grew up in Brisbane.  I’ve been on the Murri Court for roughly two and a half years now, and doing other work in the Murri community in Brisbane.  Our people, for a long time, have always had that fear of fronting magistrates and trying to navigate the justice system, for a variety of reasons.  And we’re like an advocate for our people, a communication conduit between our people and the magistrates and all the other support networks that appear in Murri Court, getting better outcomes for our people.

We view Murri Court not on the punitive side, but more the support side. We have a lot of our people who come through who have possibly mental health issues or experienced trauma, and they haven't had those sort of issues dealt with before. So it's more like hearing their story first, find out where they are in their lives. It's an opportunity, I guess, to see how we can support our people more. That's the role I see as probably one of the most important roles.

06:39 Fiona:  And so why do you think it's important for the Murri Court to work with us, Carers Queensland NDIS, to assist and support people to gain access to the Scheme?

06:50 Uncle Steve:  In the time I've been with Murri Court in this two and a half years, we’ve seen a lot of our people who have varying degrees of disability from substance abuse when they were younger, which has a permanent impact on them and on their cognitive skills and functions. Then we also have people who have suffered trauma or suffered head injuries through accidents, people who've been dealt that blow with fetal alcohol syndrome. A lot of our people will come through the court with some of these disabilities and before NDIS these disabilities have gone unnoticed.  Undiagnosed. And since NDIS has been involved, through Carers Queensland, and it's really captured a lot of our people who need that extra support to help them with basic things in life. You know?

08:05 Uncle Steve:  I guess the physical side side of things where they're given assistance, getting to appointments or getting work done in their own homes. But we also see that mental, spiritual, wellness coming through as well.  That has big impact on our people that they’re getting the support which they had previously been without.  The way it’s operating at the moment, it’s operating in a great way.   We've got that face to face contact with people from the NDIS and Carers Queensland, they're in the courts every Wednesday. And that's pretty important, having people from both organisations on hand where our people can be referred directly to them. And then the follow up happens as well.  The way it’s working now, I can't see any way you can improve it because it's operating very efficiently and very successfully. If anything, just likes to see an expanded out into prison systems as well too. And that's something which community members are looking to make happen.

09:22 Voiceover:  You can find out more about Carers Queensland's work with the Murri Court on our website, carersqld.com.au.

Thanks very much to Fiona Stutz for the reporting in this episode.

10:14 Carers Queensland announcement:  If you're looking for maximum flexibility and choice, self-managing your NDIS plan might be the right option for you. Carers Queensland's free Introduction to Self Management workshop covers the benefits of self-managing your plan, how it works, and the practical side of arranging support and managing payments. This workshop is offered in-person and online. Find out more, check for events coming up near you, and book your spot online at carersqld.com.au.

More from Choice and Control 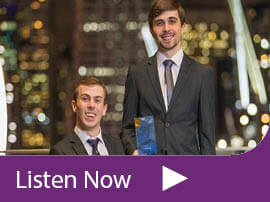 Daniel Clark and his brother William are Queensland's Young Australians of the Year for 2021. They're passionate about protecting Borneo’s endangered orangutans: they've raised hundreds of thousands of dollars for conservation and habitat protection, and have spoken to thousands of school children to raise awareness.

Brisbane performer Oliver Hetherington-Page has turned his lived experience with autism, relationships and dating into one-man cabaret show The No Bang Theory.